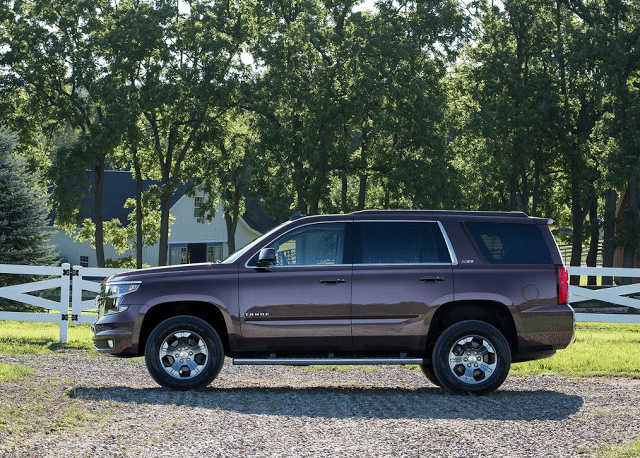 GM’s full-size Chevrolet and GMC SUVs recorded a 5% year-over-year Canadian sales decline in September 2015, but the category they dominate shot up 11%.

Full-size volume brand SUVs remain small players in Canada. This group of seven vehicles accounted for just 0.6% of all September new vehicle sales; only about 1% of all “light truck” sales.

General Motors’ foursome accounted for 70% of the market, down 11 percentage points compared with September 2014.

The Chevrolet Tahoe led the category in September 2015, as it has through the first three quarters of 2015.

Combined, the Tahoe and its long-wheelbase Suburban sibling – its most direct competitor, the Ford Expedition, combines sales figures for long and regular wheelbase versions – outsold the Ford by more than 1000 units through the first nine months of 2015, not even taking into account their identical twins from GMC.