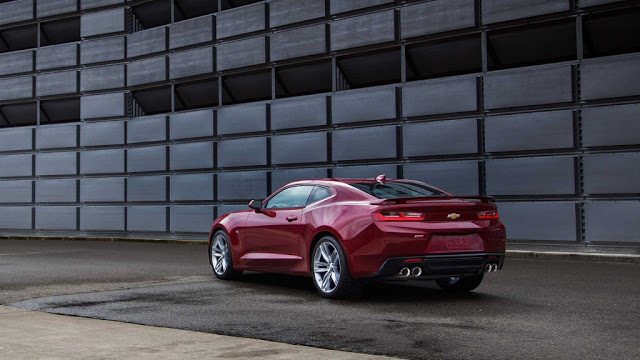 Until we enter the traditional pony car season, we won’t know how kindly Canadians are receiving the new Chevrolet Camaro. Early figures, however, aren’t promising.

The Camaro, which outsold the Ford Mustang for five consecutive years between 2010 and 2014 in the United States, wasn’t able to overcome the strength of the Mustang in Canada during the same period. And then Ford added emphasis to its routine victories thanks to the release of a sixth-gen Mustang for 2015. As a result, the Mustang outsold the Camaro by more than two-to-one in 2015 – even the Dodge Challenger outsold the aged Camaro in Canada last year.

But GM Canada launched their own sixth-gen Chevrolet Camaro late last year. It’s certainly an improved car, but it doesn’t follow the Camaro tradition of looking like an astonishingly new vehicle. Outside of Detroit muscle enthusiasts, do Canadians even know there’s a new Camaro on sale?

Year-over-year, Camaro volume last month jumped 83% from its absurdly low February 2015 results, but the rise to 106 units wasn’t nearly enough to catch the Dodge Challenger. And Ford Mustang sales continue to rise, outselling the Camaro by more than 2.5-to-1 in February.

In 2014, nearly two-thirds of GM Canada’s Camaro calendar year volume was produced during a four-month stretch beginning in April. Stats for the Mustang are typically similar. 57% of the Mustangs sold in Canada in 2015 left dealers between March and June. As a result, we’re about to turn the corner around which we’ll see a much larger sampling size. If history is any predictor, however, the Mustang will continue to trounce the Camaro, at least in Canada.