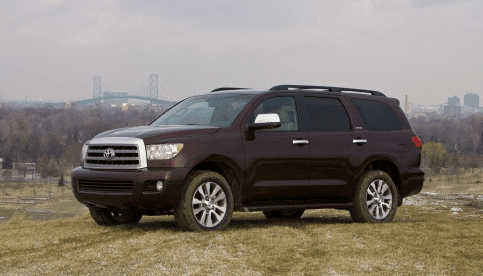 The Toyota Sequoia was the second-best-selling full-size SUV in Canada in February 2014.

23% of the volume brand, large SUVs sold in Canada last month were Sequoias. GM, the typical segment leader, also sold 75 big utilities in February, but did so with four nameplates.

Chevrolet sold only six Suburbans last month as GM dealers successfully clear out the old eleventh-generation SUVs in favour of the yet-to-arrive twelfth-gen models. Ford’s Expedition will also be replaced by the not totally dissimilar fourth-gen version. SAles of the Expedition jumped 89% to a class-leading 157 units.

The Sequoia ranked sixth in the category in 2013 with just 9% market share.

Source: Automakers
This post was updated at 9:40 AM AT on 03.04.2015 with updated Expedition and total figures.