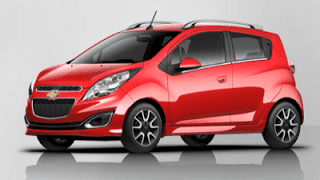 Four pickup trucks, one minivan, fourteen passenger cars, and eleven SUVs and crossovers made up the 30 automobiles on Canada’s best-selling vehicles list for February 2013.

Knocked out of the top 30 this month were January 2013’s 23rd, 24th, and 26th-best-selling vehicles: the Jeep Grand Cherokee, GMC Terrain, and  Jeep Compass. Filling the void in February were the Kia Sorento, Hyundai Accent, and the second-ranked crossover, Toyota’s RAV4.

In order to find historical monthly and yearly sales figures for any of these vehicles, simply make a selection at GCBC’s Sales Stats page, or for non-mobile users, use the dropdown menu near the top right of this page. GCBC already posted lists of Canada’s best-selling trucks, SUVs, and cars, links to which you’ll find at the bottom of this post. What you see below is a list of the best-selling vehicles regardless of type, Canada’s most popular nameplates in February 2013.