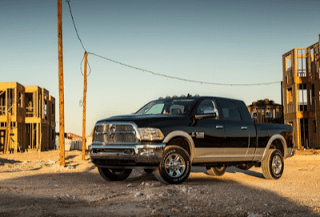 Following a trend which saw Ford and Ram report record Canadian truck sales in 2012, the pickup truck market continued to grow in Canada in February 2013. Even as the overall auto industry reported a 3.3% decrease in overall volume, 1.1% more pickup trucks were sold in February.

More importantly, this increase occurred in spite of the decrease in the number of available truck nameplates. The Ford Ranger was Canada’s sixth-best-selling pickup in February 2012, but it has been wiped off the North American radar by its parent company. Chrysler also stopped selling the Dodge Dakota, although only four were sold at this time last year. Although in their current form they’re not yet extinct, the Chevrolet Colorado and GMC Canyon contributed way less to the truck market’s total output this year than last, as well.

Through all of this, sales of full-size American brand trucks improved significantly last month, so much so that the truck market’s total volume grew. February 2013 Ford F-Series volume grew by 691 units. The Ram Pickup was up by 298 units. Combined, the four full-size General Motors trucks recorded a 519-unit increase. The increases generated by GM’s main set of twins – the Sierra and Silverado – weren’t enough to conquer Ram, however, which on its own outsold the GM twins by a scant 44 units.

Historical monthly and yearly sales figures for all these trucks can be accessed through the dropdown menu at GCBC’s Sales Stats page or, more simply, by clicking the model name in the best sellers table below. The table is also sortable, so you can rank trucks by year-to-date volume (which doesn’t change the order at all), alphabetically, or by year-over-year change. You can also check out America’s 14 top-selling trucks here.