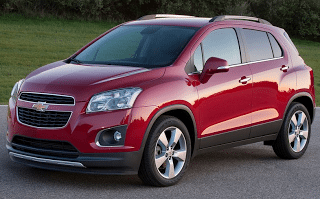 Canada’s worst-selling cars are an eclectic, often elite bunch. Mercedes-Benz SLS AMG sales fell 90% to just a single unit in December, but what does that say about the Canadian auto industry?

Many high end automakers don’t even report specific model-by-model sales figures. We know that, in total, Maserati only sold 12 cars in December; Bentley only ten. Perhaps the SLS AMG’s 90% decline doesn’t translate to… anything. It’s a one month performance by one $206,900 supercar in one small market.

More meaning can be found in the fact that Mazda 2 sales tumbled, the Nissan Maxima is stuck between the Altima and the Infiniti G (Q50), and the Buick Regal has been crushed by the Buick Verano. The Nissan 370Z is overpriced in Canada. Canadians have very little interest in all-electric cars with limited range. And the Chevrolet Trax only just went on sale. Expect it and the Buick Encore to do alright.

All 262 Vehicles Ranked By 2012 Canadian Sales
And what of the Porsche Cayman, a constant presence in previous editions of this worst sellers list? Porsche Canada didn’t sell a single Cayman in December, so it’s exempt. Sales will surge, relatively speaking, when the second-generation Cayman arrives at dealers soon.

Historical monthly and yearly sales figures for all these vehicles can be accessed through the dropdown menu at GCBC’s Sales Stats page, or for non-mobile users, near the top right of this page. But before you start inspecting the yearly data for the Kia Borrego, check out Canada’s worst-selling cars from December 2012 in the three tables below.