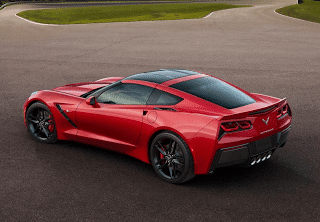 6.1% of the new vehicles sold in Canada in December 2012 were Honda Civics. Canada’s best-selling car shrunk the Ford F-Series’ normally huge monthly lead to just 361 units in December as sales of the pickup fell 12% and sales of the car grew 21% on a year-over-year basis. Civic sales strengthened as a result of Honda’s updates to the critically-panned (but successful) ninth-gen car and incentives on the outgoing 2012 car.

Four of Canada’s 30 best-selling vehicles in December 2012 were pickups. There was one minivan in the top 30 and eleven SUVs or crossovers. That leaves the Civic and 13 other passenger cars to fill in the gaps. Although the separation between “passenger cars” and “light trucks” isn’t always easy to understand, it’s worth noting that sales of cars rose 3% in Canada in December even as the overall new vehicle market slid 5%. Light trucks, which includes anything from the F-Series to the Dodge Grand Caravan, were down 10.6%.

Cars, by their traditional definition, accounted for 46.1% of all new vehicle sales in Canada in 2012. That was up from 44.8% in 2011, when Honda sold 55,090 Civics. Back to the specifics in December, you’ll find that 14 of Canada’s 30 best-selling vehicles hailed from Detroit, three wore German badges, four were Korean, and nine were Japanese. Of course, not all the “imports” were assembled abroad. For instance, the Honda Civic is assembled in Alliston, Ontario.

All 262 Vehicles Ranked By 2012 Canadian Sales
As is always the case, by selecting a make and model, you can use the dropdown menu at GCBC’s Sales Stats home to find historical monthly and yearly sales figures for any vehicle on sale in Canada or the United States. There are pertinent links at the bottom of this post, but you can always select the best sellers list you want here. Below, scan the list of Canada’s 30 best-selling vehicles from December 2012 – the year end edition will be published in a few minutes.