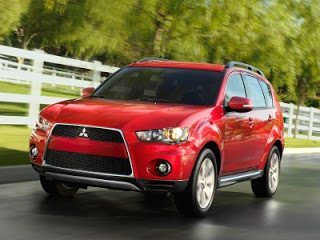 In Canada, the Ford Escape’s position atop the SUV leaderboard is so secure that we often step right over mentioning it on the way to find what else is worthy of a story. This is especially true when the Escape is struggling to repeat prior year sales performances, as it has for much of 2012, and indeed again in December. Escape sales dropped by 220 units last month.

The Hyundai Santa Fe moved up to the second slot on December’s best-selling SUV list. This won’t surprise observers who knew of the Santa Fe’s strength before the second-gen crossover aged; before the third-gen vehicle was fully available. Santa Fe sales were more than twice as strong in December 2012 as in December 2011, when it ranked tenth in the category.

Further down this list of Canada’s most popular utility vehicles you’ll find two luxury nameplates, neither of which says “Lexus” or “RX”, although the dominant Lexus did end the year ahead of both the Audi Q5 and Mercedes-Benz GLK. Audi’s Q5 starts at $39,900 in Canada, some $5000 below the GLK350’s base price. The GLK’s base price is $50 lower than the RX350’s.

GoodCarBadCar.net will be posting a list of 2012’s best-selling SUVs and crossovers in a few minutes. Until then, be aware that you can find historical monthly and yearly sales figures for any vehicle by accessing the dropdown menu at GCBC’s Sales Stats page. What you see below were the 20 best-selling SUVs and crossovers in Canada in December 2012.