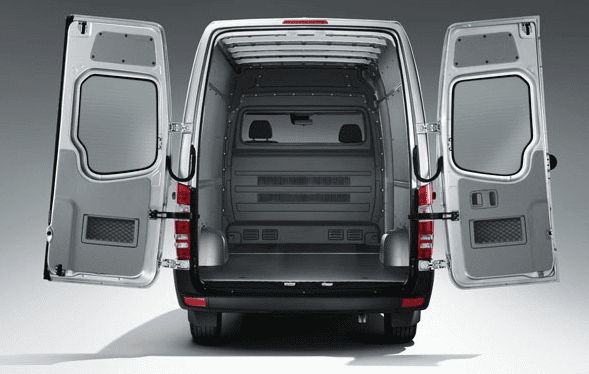 The Mercedes-Benz Sprinter was the second-best-selling commercial van in Canada in March 2014 and the first quarter of 2014. Admittedly, GM’s duo combined to be a greater force, but the Sprinter’s rise from fourth spot at this stage of 2013 is momentous in the grand arena that is Canada’s commercial van market.

It’s a market that only generated 15% of its sales with the smaller trio – Transit Connect, NV200, Ram C/V – in March as Transit Connect availability continues to constrict volume. Given the number of windowless white Ford vans that have been rolling off boats in Eastern Passage, Nova Scotia, that’ll change. Eventually.

Joining the Sprinter as a GM challenger is Chrysler Canada’s Fiat-based Ram ProMaster. March, when 234 ProMasters were sold, was the new van’s best month so far.

Ford continued as the top-selling commercial van brand, owning 38% of the overall market and leading the way with the E-Series’ 717-unit March.

You can click any model name in the tables below to find historical monthly and yearly Canadian auto sales data. You can also select a make and model at GCBC’s Sales Stats page. This table is now sortable, so you can rank commercial vans any which way you like. Suggestions on how GCBC should break down segments can be passed on through the Contact page.