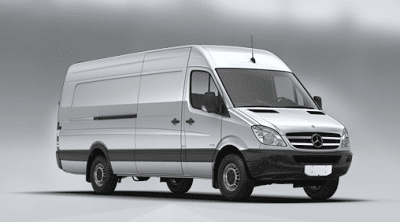 It can probably be done, but it’ll be a hard slog. In June 2013, all commercial vans not sold by Nissan outsold the combined efforts of Nissan’s two commercial vans, and they did so rather easily. 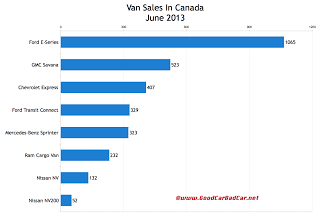 Expecting something other than a low-volume outcome for Nissan’s entries is an expectation best held back until we’re in a period which doesn’t resemble the near future.

But in the meantime, 46% of the commercial vans sold in Canada in June were Fords, another 38% were sold by General Motors and Chrysler. For Nissan to become a top seller in the category, patience will be required.

You can click any model name in the tables below to find historical monthly and yearly Canadian sales data. You can also select a make and model at GCBC’s Sales Stats page. These tables are now sortable, so you can rank commercial vans any which way you like. Suggestions on how GCBC should break down segments can be passed on through the Contact page.