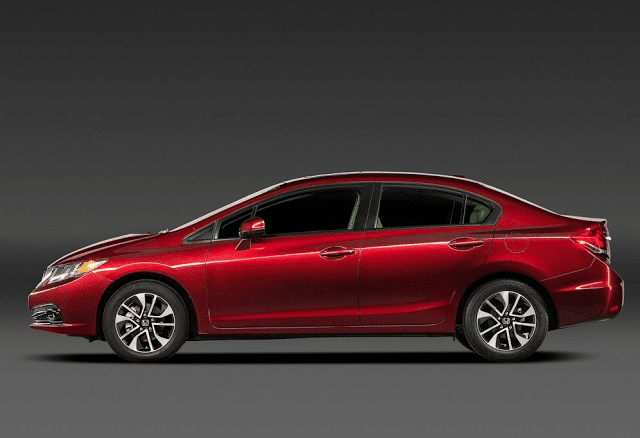 As Honda Canada prepared its launch of the all-new, tenth-generation Civic, sales of the outgoing Civic are increasing even as total Canadian passenger car sales decrease.

Honda Civic volume in October 2015 jumped 6%, a particularly massive improvement given the 10% drop generated by the overall passenger car market.

One out of every ten new cars sold in Canada last month was a Honda Civic, a startling figure given the fact that the Civic accounts for less than 1% of the available passenger car nameplates.

But sales of the Toyota Corolla, Canada’s second-best-selling car in October 2015, plunged 20%, year-over-year. The Mazda 3 recorded a 12% decrease, equal to 382 fewer sales compared with October 2014.

Don’t confuse these uncomfortable results with a disease that’s affecting the overall Canadian auto industry. Canadian auto sales are up 3% through the first ten months of 2015. Canadians have already purchased and leased than in all of 2009, 2010, or 2011. But passenger cars accounted for 45% of the overall market in 2011, just 39% in 2015 and only 37% in October 2015.

Reminder: these are year-to-date rankings, but you can sort cars by October 2015 volume by clicking the October 2015 column header, or you can rank them by improvements or declines using the % columns.

Source: Automakers & Global Automakers Of Canada & ANDC
* Italicized unranked lines are nothing more than available breakdowns, already included in the model’s total, not in addition to the model’s total.
² Total Prius Family sales: up 4.4% to 6361 YTD, down 4.6% to 605 in October.
† Mini Cooper includes sales of the Hardtop, Convertible, Clubman, Coupe, Roadster, and Paceman.
‡ Total Genesis sales: down 20.9% to 2164 YTD, down 41.7% to 151 in October.
¤ Automakers release sales figures for the E-Class and CLS-Class together and the Passat and CC together. (October’s Passat breakdown, sourced by ANDC, are not confirmed by Volkswagen.)
º Audi’s A4 sales data includes sales of the Allroad.
Sales data for brands such as Bentley, Ferrari, Lamborghini, and Rolls-Royce are unfortunately not broken down by model. estimates say sales for those brands in the first ten months of of 2015 were 113, 180, 100, and 65, respectively. Total Maserati volume is reported, but not by specific models. It is believed that Tesla sold 1314 copies of their Model S during the first nine months of 2015.