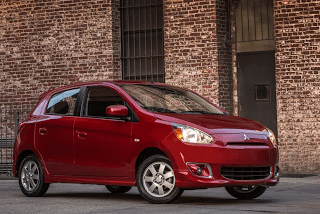 The Hyundai Elantra has only three more months to make up a 3753-sale deficit if it’s to usurp the Honda Civic’s title as Canada’s best-selling car.

To do so, Hyundai Canada would need the Elantra to outsell the Honda Civic by an average of 1251 sales per month until New Year’s Eve.

Need a safe prediction to share with your friends? Go with this one: the Honda Civic will end 2013 as Canada’s best-selling car, the sixteenth consecutive year in which Honda has led the way.

Honda Canada will sell approximately 65,000 Civics this year, having last topped 70,000 units in 2008, which was the third consecutive year above 70K.

Mitsubishi Canada began selling the Mirage in September 2013. Mercedes-Benz dealers received and sold their first CLA sedans. Infiniti is now reporting Q50 sales results. For the sake of consistency, GoodCarBadCar will display the outgoing G family with the renamed Q60 until the end of the year, but you can find G37 Coupe/Convertible/Q60 results below.

Autumn has struck, and a number of significant year-over-year declines were reported by aging summer cars.

These are year-to-date rankings, but you can sort cars by September volume by clicking the September 2013 column header, or you can rank cars by improvements or declines using the % columns. Or, most importantly, you can list automakers together by selecting the Car column header. Just remember, the list is horizontally flipped from the norm: YTD on the left, monthly data on the right.

Source: Manufacturers & ANDC
Red font indicates year-over-year declining sales
Italicized unranked lines are nothing more than available breakdowns, already included in the model’s total, not in addition to the model’s total. Sales data for brands such as Ferrari, Lamborghini are unfortunately not broken down by model. estimates say sales for those brands in September were 18 and 4, respectively, 160 and 34 YTD . Total Maserati and Bentley volume is reported, but not by specific models.
* Notes: Mini Cooper includes sales of the Hardtop, Convertible, Clubman, Coupe, Roadster, and Paceman. Total Prius Family sales are down 18% to 6446 this year, down 12% to 685 in September. Total Genesis sales are down 6% to 2354 this year, down 21% to 187 in September. Infiniti has begun reporting the G sedan, Q60, and Q50 separately. Combined, the G sedan and Q50 are down 3% to 1861 units this year, up 96% to 357 in September. The three nameplates together were down 9% through three quarters to 2297 units, up 71% to 389 in September. Viper is not labelled purely as SRT so it can be displayed with like-branded Dodges when readers click Car heading to sort by brand.