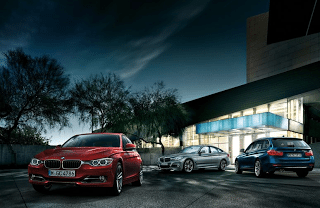 Canada’s best-selling car was Canada’s second-best-selling vehicle overall, a feat not previously accomplished by the Honda Civic this year.

The Civic outsold the second-ranked car, Hyundai’s Elantra, by 2195 units in August and expanded its year-to-date lead to 2546 units.

The gap between the Elantra and third-ranked Corolla is a massive 9631 units. The Corolla and Mazda 3, meanwhile, are thousands of sales ahead of the fifth-ranked Chevrolet Cruze.
There are five other Korean-badged cars joining the Elantra in the top 21. The top 30 includes four Toyotas, three Fords, three Nissans, two Dodges and a Chrysler, two Hondas, two Volkswagens, two Chevrolets.
All 252 Vehicles Ranked By August 2013 YTD Canadian Sales
All 86 SUVs Ranked By August 2013 YTD Canadian Sales

Canada’s top-selling premium brand car, the BMW 3-Series, ranks 16th overall, ahead of the Golf, Matrix, and the Kia Forte, which is slow to make gains in its latest iteration. BMW sells one 3-Series for every A4 that Audi Canada sells.

These are year-to-date rankings, but you can sort cars by August volume by clicking the August 2013 column header, or you can rank cars by improvements or declines using the % columns. Or, most importantly, you can list automakers together by selecting the Car column header. Just remember, the list is horizontally flipped from the norm: YTD on the left, monthly data on the right.