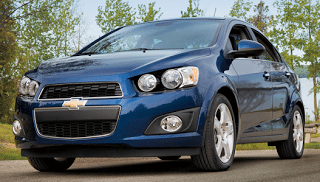 33% of the passenger cars sold in Canada in the first four months of 2013 came from the six best-selling cars in Canada: Elantra, Civic, Corolla, 3, Cruze, and Jetta.

Four of those top six cars reported year-over-year sales increases in the first third of 2013. The recently refreshed Honda Civic did not, nor did the refresh-me-please Toyota Corolla.

Canada’s best-selling midsize sedan is more popular than Canada’s best-selling subcompact. That top-selling midsizer is visiting GoodCarBadCar this week in SE AWD 2.0L EcoBoost form this week. In sales terms, the Ford Fusion is undoubtedly being challenged by the surging Honda Accord (up 166% this year), but that’s quite a bit different from what’s going on in the subcompact battle.

The Hyundai Accent is down 20% in 2013 as sales of its fraternal twin, the Kia Rio, have jumped 38%. The next-best-selling subcompact is the 21st-ranked Chevrolet Sonic, but it’s 8062 sales behind the combined efforts of the Hyundai-Kia subcompact duet.

Then again, the Sonic has an in-showroom rival in the form of the 51st-ranked Spark, which has brought 967 sales to the table this year. Between the pair, Smart and Scion have only sold 520 Fortwos and iQs this year.

One new car has been added to the April year-to-date rankings: Kia’s Cadenza found its first 14 buyers in April, enough to provide it with a soon-to-be-improved ranking of 132. Porsche’s Cayman jumped from the 133rd spot to 124th after April sales jumped 88%. No car has reported gains as great as those achieved by the Mercedes-Benz B-Class, which was on hiatus last year and had only found one buyer.

The Porsche Boxster, Mercedes-Benz SL-Class, Toyota Avalon, Lexus LS, Honda Accord, Mazda 6, Nissan Leaf, Jaguar XJ, and Lexus ES have all (at least) doubled their sales from the first four months of 2012.

These are year-to-date rankings, but you can sort cars by April volume by clicking the April 2013 column header, or you can rank vehicles by improvements or declines using the % columns. Or, most importantly, you can list automakers together by selecting the Car column header. Just remember, the list is horizontally flipped from the norm: YTD on the left, monthly data on the right. How you define “car” and how GoodCarBadCar defines “car” may differ. The Mini Countryman is listed with SUVs and crossovers, the Subaru Outback and Volvo XC70 are here. But you don’t need to define car at all, not if you don’t want to. All 249 vehicle nameplates were ranked in one sortable table, as well.

Source: Manufacturers & ANDC
Red font indicates year-over-year declining sales
Italicized unranked lines are nothing more than available breakdowns, already included in the model’s total, not in addition to the model’s total. Sales data for brands such as Aston Martin, Ferrari, Lamborghini, Lotus, Maybach, Rolls-Royce, Tesla etc. are unfortunately not available or are not broken down by model. estimates say sales for Ferrari and Lamborghini were 18/70 (April/YTD) and 4/14 (April/YTD) respectively. Total Maserati and Bentley volume is reported, but not by specific models.
** Mini’s Canadian sales data doesn’t separate the different Cooper versions, which now includes the Paceman.
*** Total Genesis volume was 311 units in April, down 11.4%; 846 in the first quarter, down 10.6%.
^^ Total Prius Family volume in April was 750 units, down 47.3%; 2306 in the first quarter, down 27.2%.