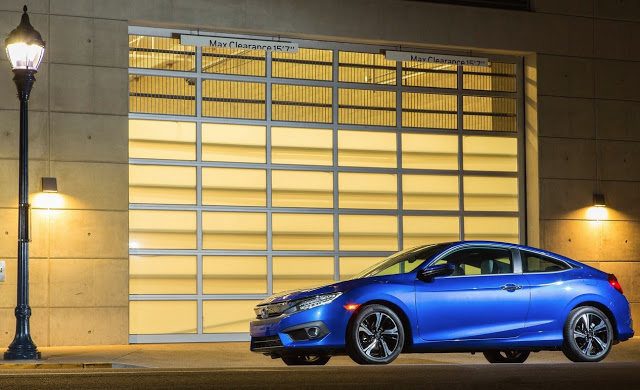 As exceptions to the rule, Canada’s two best-selling cars are selling far more often in 2016 than they did in 2015.

Canadian sales of the Honda Civic, Canada’s best-selling car in each of the last 18 years, is up 20%, a year-over-year gain of more than 2000 sales through the first-quarter of 2016. The 2016 Honda Civic is in the early months of its tenth iteration, and new Civic coupes are arriving in numbers now.

Canadian sales of the Hyundai Elantra, Canada’s second-best-selling car in each of the last five years, posted a first-quarter gain of 21%, equal to just over 2000 additional sales compared with the first-quarter of 2015. The Elantra on sale now is a 2017 model, the sixth-generation model.

But while the two most popular cars in Canada are soaring, the car market is overall is in decline. Canadian car volume is down by more than 5000 units even as the industry on the whole takes off. A surprisingly large chunk of the blame falls on the Mazda 3 and Volkswagen Jetta, sales of which are jointly down by 4719 units.

Regardless of the reasons, the car market is a shrinking part of the overall Canadian new vehicle market. Only 33% of the new vehicles sold in Canada so far this year were conventional cars, down from 38% in the first-quarter of 2015.

Reminder: these are 2016 year-to-date rankings, but you can sort cars by March 2016 volume by clicking the March 2016 column header, or you can rank them by improvements or declines using the % columns.

Source: Automakers & Global Automakers Of Canada & ANDC
* Italicized unranked lines are nothing more than available breakdowns, already included in the model’s total, not in addition to the model’s total.
² Total Prius Family sales: up 25.3% to 570 in March; down 28.6% to 1277 YTD.
† Mini Cooper includes sales of the Hardtop, Convertible, Clubman, Coupe, Roadster, and Paceman.
‡ Total Genesis sales: down 39.4% to 281 in March; down 32.5% to 504 YTD.
¤ Automakers release sales figures for the E-Class and CLS-Class and the Passat and CC together. (February’s Passat breakdown, sourced by ANDC, is not confirmed by Volkswagen.)
º Audi’s A4 sales data includes sales of the Allroad.
Sales data for brands such as Bentley, Ferrari, Lamborghini, and Rolls-Royce are unfortunately not broken down by model. estimates say sales for those brands in 2016’s first three months were 13, 54, 42, and 21 units, respectively. Total Maserati volume is reported, but not by specific models. It is believed that Tesla sold 135 copies of their Model S during the first two months of 2016.