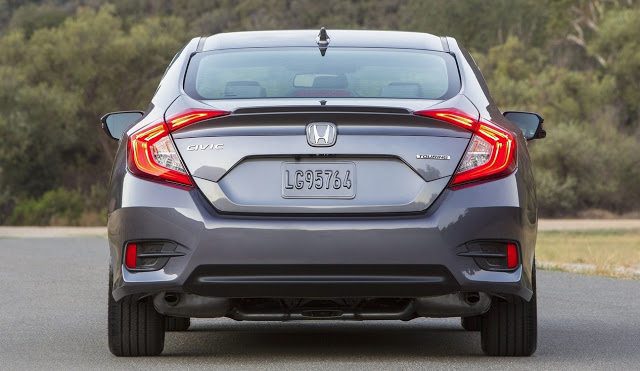 If there was any doubt remaining, it’s down to its last fine shreds. At the halfway point of 2016, the Honda Civic leads the Hyundai Elantra by nearly 7700 sales in the race to end 2016 as Canada’s best-selling car.

The Civic first claimed the crown in 1998 and hasn’t surrendered it since. In order for the Hyundai Elantra, which is surging toward a possible best-ever finish in 2016, to outperform the Civic by year’s end, the Hyundai would need to outsell the Civic by an average of 1280 units per month between July and December.

Un-flipping-likely. The Civic, you’ll recall with some instant math, outsold the Elantra by an average of 1280 units per month through the first half of the year, a 30% margin.

The three top rivals for the perennial leading duo are all in decline. Year-to-date, Toyota, Mazda, and Chevrolet lost 10,193 sales with the Corolla, 3, and Cruze. Volkswagen Jetta sales are down by 4304 units. Ford Focus sales are down by 2809 units.

The car market, you might say, is not a particularly healthy part of an auto industry that reported its best first-half ever. Passenger cars now account for 35% of the Canadian, down from 39% one year ago.

There are new passenger cars in this month’s edition, however. The Jaguar XE collected its first Canadian sales in June. We also have June (and June only) figures for a trio of Maseratis.

‘;
document.getElementById(“vinads_div”).innerHTML = lfAd;
}
});
Reminder: these are 2016 year-to-date rankings, but you can sort cars by June 2016 volume by clicking the June 2016 column header, or you can rank them by improvements or declines using the % columns.

Source: Automakers & Global Automakers Of Canada & ANDC
* Italicized unranked lines are nothing more than available breakdowns, already included in the model’s total, not in addition to the model’s total.
² Total Prius Family sales: up 57% to 1094 in June; up 7% to 3980 YTD.
† Mini Cooper includes sales of the Hardtop, Convertible, Clubman, Coupe, Roadster, and Paceman.
‡ Total Genesis sales: up 18% to 206 in June; down 13% to 1225 YTD.
¤ Automakers release sales figures for the E-Class and CLS-Class and the Passat and CC together. (June’s Passat breakdown, sourced by ANDC, is not confirmed by Volkswagen.)
º Audi’s A4 sales data includes sales of the Allroad. We’ve acquired Maserati figures by model, but only for the month of June – the blank spaces for other months do not indicate that there were no Maseratis sold in the previous five months of 2016 or the first six months of 2015.
Sales data for brands such as Bentley, Ferrari, Lamborghini, and Rolls-Royce are unfortunately not broken down by model. estimates say sales for those brands in 2016’s first six months were 41, 108, 85, and 42, units, respectively. Total Maserati volume is reported, but not by specific models. It is believed that Tesla sold 639 copies of their Model S during the first five months of 2016.