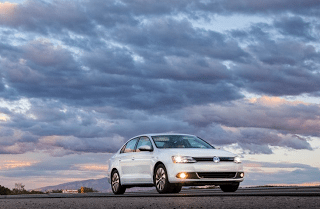 The F-Series, Ram, and Civic were responsible for 17 out of every 100 new vehicle registrations in September. America’s three top sellers produced just 11% of the American new vehicle market’s last month.

Four of Canada’s 30 top sellers were pickup trucks; there were eleven cars. That leaves room for one minivan and 14 passenger cars.

Compared with August, the Ford Fiesta and Chrysler Town & Country were knocked out of the top 30 and the BMW 3-Series and Kia Sorento filled the gaps.

Compared with September 2012, the Volkswagen Golf, Toyota Matrix, and Kia Forte are missing in favour of the Honda Accord, Mazda CX-5, and Nissan Rogue.

The Ford F-Series continues as the best-selling vehicle in Canada. Its lead over the second-ranked is now 33,713-units strong.

You can always select a make and model at GCBC’s Sales Stats page to find historical monthly and yearly sales figures from both Canada and the United States. Pertinent links are clickable at the bottom of this post, but you can also find related links at the Best Sellers page. Below, the 30 best-selling vehicles in Canada from September 2013.