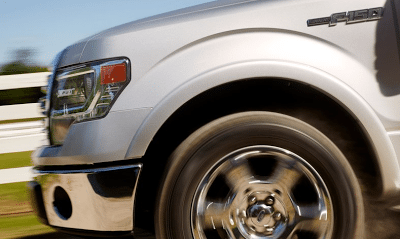 Nearly twelve out of every 100 vehicles sold in Canada in April 2013 were either Ford F-Series trucks or Ram pickups. Think that’s impressive? (It is.) In March, precisely 12% of the new automobiles sold in Canada were in fact F-Series’ or Rams.

But, just like the market did as a whole, Ford and Ram stepped up their truck sales totals. Record truck sales are nothing new in Canada. Both of the country’s two best-selling vehicles, the F-Series and Ram, recorded their best ever years in 2012. Sales of the F-Series are up 20% this year; Ram P/U sales have risen 18%.

Why the concentration on trucks? For starters, they are riding high atop the leaderboard, and this is a best sellers list. But they’ve also played a vital role in the Canadian auto industry’s growth this year. You’ve heard how the auto market, even after a difficult first quarter, rebounded in April to present a 1.4% year-over-year increase through four months. But had the F-Series and Ram done nothing more than remain level, the industry would be down 0.6% this year.

As for the non-truck participants on this list of Canada’s 30 best-selling vehicles, one of which is a minivan, nine of which are SUVs or crossovers, and 16 of which are passenger cars, the order ended hugely different than it did one month earlier. Very few cars exited or reentered, however. The Hyundai Sonata and Nissan Rogue were the only two nameplates to fall out of the top 30. They were replaced by the Kia Optima and Toyota Matrix. The greatest year-over-year improvement recorded among cars in the top 30 belonged to the Honda Accord, although the Nissan Sentra also more than doubled its April 2012 total. The worst decline was the Chrysler 200’s 36% slide.

You can always select a make and model at GCBC’s Sales Stats page to find historical monthly and yearly sales figures from both Canada and the United States. Pertinent links are clickable at the bottom of this post, but you can also find related links at the Best Sellers page. Before you go anywhere, check out the full list of Canada’s 30 best-selling vehicles in April 2013.

Source: Manufacturers & ANDC
Red font indicates year-over-year declining sales
* Hyundai Canada kindly separates sales figures for the new Hyundai Santa Fe and its similarly-named big brother, the Santa Fe XL. Hyundai USA does not. Combined sales of the two were a Journey-beating 2636 units in April, up 26.2%, and total 8435 this year, up 22.3%.