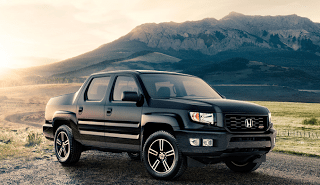 Tenth on Canada’s October 2011 list of best-selling trucks is the Honda Ridgeline. Yes, that Honda, the funny-looking one we all secretly love deep down in our import truck-loving hearts, even if we do wish for more power, more outright capability, and a significantly lower price tag.

Thanks to the Chevrolet Colorado’s plunge from 282 sales to 185 and the Nissan Frontier’s drop from 258 sales to 167, the slow-selling Ridgeline was able to crack Canada’s list of ten best-selling trucks.

It’s not just the Ridgeline that’s embarrassed by the F-Series’ domination. Ford sold more copies of Canada’s favourite truck in October than Toyota has sold Tacomas so far this year. And the Tacoma is the country’s sixth-best-selling pickup truck. Five spots behind the F-Series apparently equals 75,240 sales behind the F-Series.

If your calculator isn’t close at hand, yes, you guessed right: the GM twins – GMC’s Sierra and Chevy’s Silverado – absolutely crushed the Ford F-Series in October. It was a victory with 1494 units to spare. There’s a much nastier beating goin’ on, however, and evidence can be found in Ford’s year-to-date lead: 9644 sales. Details on October’s 10 best-selling trucks in Canada are in the table below.