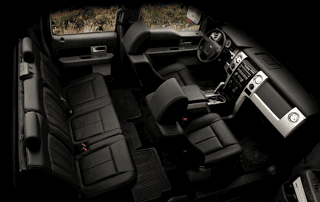 For every Tacoma sold in Canada in April – 4×4 or not – 10 Ford F-Series trucks found new owners. F-Series sales were down 7% in a market which fell a little more than 1%. Year-to-date, F-Series sales are up 7% in a market which has climbed 5%. Together with the Ram P/U and GM’s twins, America’s four leading trucks accounted for 14.3% of all new vehicle sales in Canada in April 2012.

Speaking of the GM twins, GMC’s Sierra and Chevy’s Silverado combined for 7595 sales last month, more than 1000 below the F-Series’ grand total but nearly 1400 greater than the Ram’s tally. Back in February, the GM twins only beat the Ram by 88 units.

The five best-selling trucks in Canada in April 2012 are posted in the brief table below. GoodCarBadCar will have more on Canadian truck sales later next week. Monthly and yearly sales figures for every vehicle currently on sale in North America can be accessed through the dropdown menu at the top right of this page. Other pertinent links should be clicked at the bottom of the post.