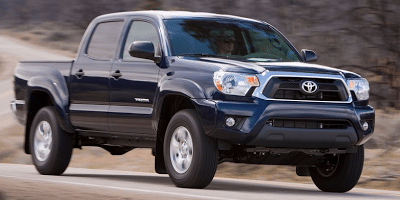 Slight Canadian sales declines reported by the Ford F-Series, GMC Sierra, and Chevrolet Silverado were cancelled out in July 2013 by the Ram Pickup. Ram sales rose by 1373 units, or 21%. Toyota also sold 335 more Tacomas this July than in July 2012.

In all, the Canadian pickup truck market grew 2.6% in July, a 697-unit boost. Through the first seven months of 2013, pickup truck sales in Canada have been 14,418-units more numerous than in the same period a year earlier.

Best seller lists for cars and SUVs are coming up soon on GCBC. You can always find historical monthly and yearly sales figures for any vehicle by selecting a make and model at the Sales Stats page.