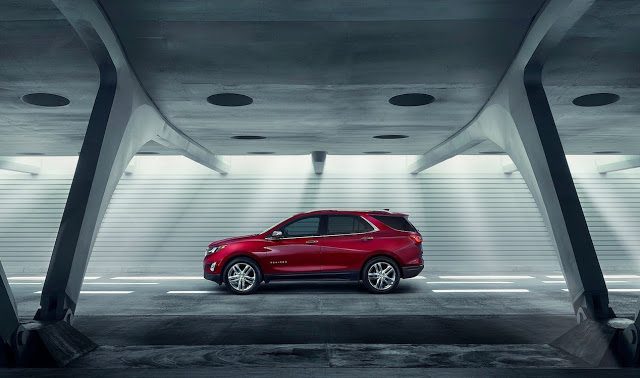 Canadian auto sales fell 0.5% in September 2016, the third consecutive month of decline for the auto industry. But don’t blame this crop of hugely popular SUVs and crossovers.

The five most popular utility vehicles in Canada in September 2016 contributed an additional  2000 sales to the auto industry’s September sales tally during a month in which total new vehicle sales volume decreased by roughly 900 units.

Led by the Ford Escape, this list of Canada’s 20 most popular SUVs and crossovers features 15 nameplates which generated more sales activity in September 2016 than in September 2015.

Heading into the fourth quarter, the Toyota RAV4 appears increasingly formidable as the top choice to end 2016 as Canada’s favourite SUV/crossover. The Escape is 3153 units back of the RAV4, requiring margins of victory far greater than September’s 130 units if its to hold its perennial position as Canada’s top utility vehicle.

One of the utility vehicles that isn’t on the rise is Chevrolet’s Equinox, sales of which slid 13% in September and 7% so far this year. Chevrolet debuted an all-new Equinox for the 2017 model year on last month’s autumnal equinox. There’ll be a diesel.

Historical monthly and yearly sales figures for any of these best-selling SUVs and crossovers can always be accessed through the dropdown menu at GCBC’s Sales Stats page, and for those not viewing the mobile version of this site, near the top right of this page, as well. Mobile users can now thumb across the table for full-width access. GoodCarBadCar has already published the list of Canada’s best-selling trucks in September and will shortly publish a list of Canada’s most popular cars.