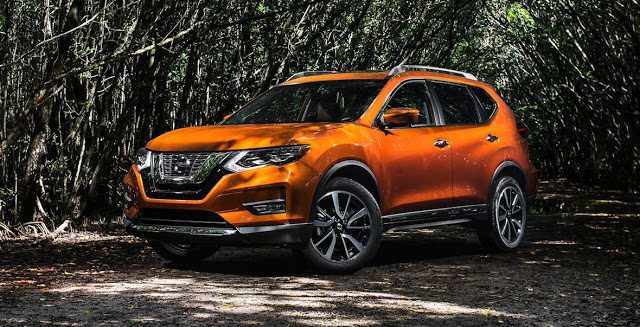 Just as it claimed top honours in the United States in March 2017 and in the first-quarter of 2017, the Nissan Rogue was Canada’s top-selling SUV in March 2017 and leads the second-ranked Honda CR-V by 16 units through the end of the third month.

But it’s the Rogue’s growth – up 63% in March and 47% in Q1 – that has some wondering if Nissan will not stop at anything to grab Canadian market share. North America’s Rogues now come from three factories, and a fourth will bring in a sub-Rogue in a couple of months: it’s called the Qashqai.

Nissan is targeting the heart of the growth market, soon replacing the Juke, adding the Qashqai, producing mega-volume with the Rogue, while also marketing the Murano, Pathfinder, and Armada. 53% of Nissan’s Canadian March volume stemmed from utility vehicles.

Historical monthly and yearly sales figures for any of these best-selling SUVs and crossovers can always be accessed through the dropdown menu at GCBC’s Sales Stats page, and for those not viewing the mobile version of this site, near the top right of this page, as well. Mobile users can now thumb across the table for full-width access. GoodCarBadCar has already published the list of Canada’s best-selling trucks in March and will shortly publish a list of Canada’s most popular cars.