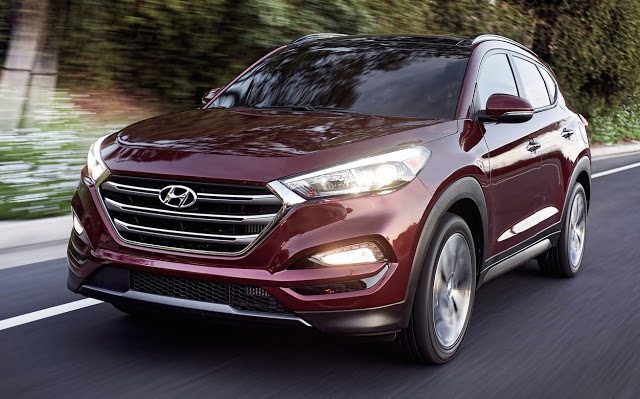 The Toyota RAV4 cemented its position as Canada’s best-selling SUV in June 2016, extending the second-ranked Ford Escape’s deficit to 3911 units at the halfway point of the year.

The bigger story in June, however, may have been the sudden surge of the Hyundai Tucson, sales of which more than quadrupled to 4044 units. That wasn’t just enough to unseat the Hyundai Santa Fe Sport as Canada’s favourite Hyundai utility, it was enough to place the Tucson on June’s SUV/crossover podium, 177 sales ahead of Canada’s perennial favourite, Ford’s Escape.

June was the Hyundai Tucson’s best Canadian sales month in the nameplate’s history. A bunch of other popular utilities also posted big gains, though not as substantial as the Tucson’s massive leap.

Canada’s top-selling three-row utility vehicle is the Toyota Highlander, the 18th-ranked SUV/crossover in June. No other vehicle that comes standard with three-row seating cracked June’s top 20.

Historical monthly and yearly sales figures for any of these best-selling SUVs and crossovers can always be accessed through the dropdown menu at GCBC’s Sales Stats page, and for those not viewing the mobile version of this site, near the top right of this page, as well. GoodCarBadCar has already published the list of Canada’s best-selling trucks in June and already published the list of Canada’s most popular cars.