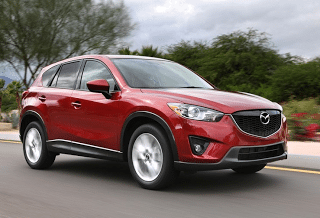 Nine different automotive brands found their way onto Canada’s list of the top 10 best-selling SUVs in March 2012. Only Ford, with the Escape and Edge, managed to pull off the double. (Both Ford and Hyundai did so in February.) Neither of the two Fords were Canada’s top-ranked utility vehicle in March, however.

That title went to the Honda CR-V for the second consecutive month. The CR-V was one of only two SUVs or crossovers in the top seven to post better sales this March than in March of last year.

Indeed, as sales of the Toyota RAV4, Chevrolet Equinox, Dodge Journey, and the soon-to-be-replaced Hyundai Santa Fe and Ford Escape slide, one can assume potential value-conscious crossover buyers are flocking to the new CR-V. It’s no looker, but there is perhaps no stronger name in the small SUV/CUV category. And when savings are key, the fact that a Nissan Rogue can be financed interest-free over 84 months is a huge attraction.

The most surprising entry on this month’s top 10 list is the Mazda CX-5. March was the handsome CX-5’s first full month on sale, yet it managed to crank up the volume to 1649 units. There’s no doubt a large number of consumers had been waiting for the Tribute replacement, but knocking off established players such as the Ford Edge, Kia Sorento, GMC Terrain, Hyundai Tucson, and Jeep Grand Cherokee isn’t a task for just any new compact SUV. The CX-5 has quickly earned a place as a darling of the automotive press, and with aggressive fuel efficiency-centred marketing and sporty dynamics, the CX-5 doesn’t disappoint. And to think there’s a diesel in its future.

Sales figures for these ten models and every other vehicle on sale in Canada have been or are about to be updated, and you can access that data through the dropdown menu near the top right of this page. Canada’s list of March’s 20 best-selling cars has already been published. In the table below you can analyze all the numbers relating to the top 10 best-selling SUVs in Canada from March 2012.