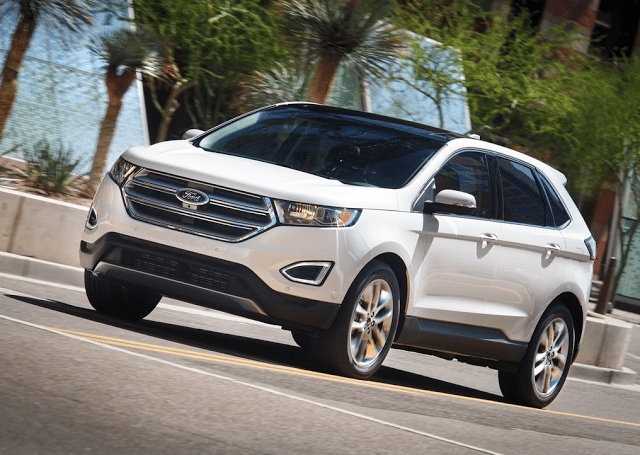 It took a long time to get here, but Ford finally released a second-generation Edge, its bigger two-row utility vehicle. Canadian sales increased 11% in June 2015 to an all-time record high of 2885 units in June 2015, enough to make the Edge Canada’s fifth-best-selling SUV/crossover last month.

Incidentally, the Edge ranked fourth art this time last year, but many of the Edge’s slightly smaller rivals posted bigger gains last month, including a handful of more popular utilities from Toyota, Nissan, and Honda. (The Edge ranked 11th in the 2014 calendar year.)

Nevertheless, in a dreadful month that saw Ford brand sales tumble 14%, the Edge’s improvement was a real bright spot. Even the Ford Escape, the brand’s best-selling non-pickup truck and Canada’s best-selling SUV overall, posted an 18%, 1091-unit loss last month. The Edge and the Escape were joined by the twelfth-ranked Explorer on this list of Canada’s 20 best-selling SUVs and crossovers in June 2015.

Historical monthly and yearly sales figures for any of these best-selling SUVs and crossovers can always be accessed through the dropdown menu at GCBC’s Sales Stats page, and for those not viewing the mobile version of this site, near the top right of this page, as well. GoodCarBadCar has already published the list of Canada’s best-selling trucks in June and will shortly publish a list of Canada’s most popular cars.