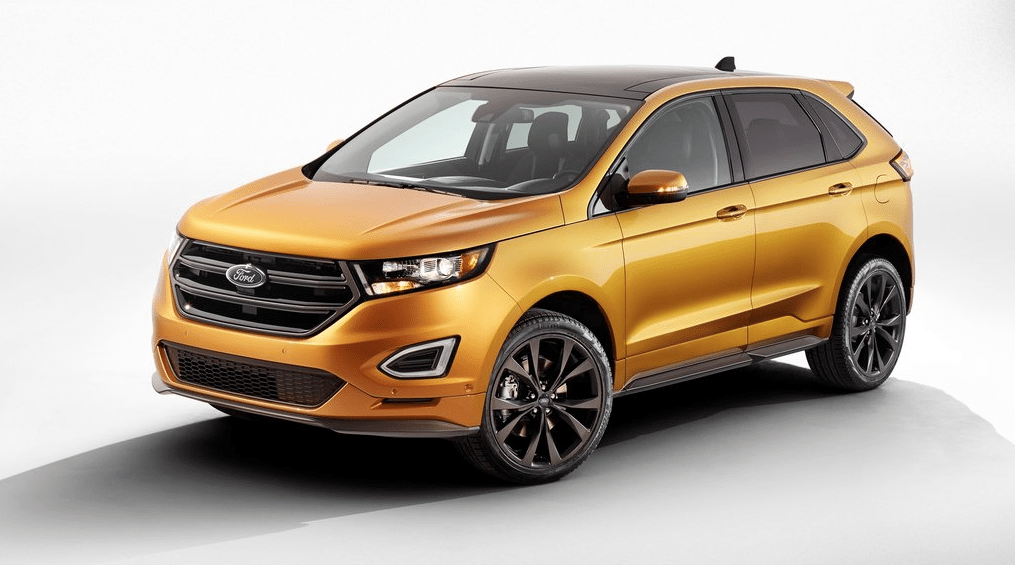 Only one of Canada’s four best-selling utility vehicles reported a year-over-year sales increase in June 2014. Incidentally, that vehicle was the Ford Escape, Canada’s perennial top-selling SUV.

Escape sales haven’t been this high at any point since June 2010.

June is traditionally a big month for the Ford Edge, as well. Although Edge sales decreased slightly in June 2014, that was to be expected, as Ford is about to replace the first-gen Edge. It’s more surprising that Ford Canada could achieve such high Edge sales levels in June of this year. June 2014 marked just the sixth time in the last three years that more than 2000 Edges have been sold in a single month. The new Edge is pictured above.

Ford also positioned its Explorer in the top 20 in June. Although Jeep-fuelled Chrysler Canada was the country’s best-selling manufacturer in the first half of 2014, Ford Canada led the way in the second quarter. Fittingly therefore, Ford leads SUVs and trucks. Better than one out of every 20 new vehicles sold in Canada in June was either an Escape, Edge, or Explorer.

Indeed, other automakers do participate in the SUV and crossover arena. Big increases were reported by the Nissan Rogue, Toyota Highlander, Volkswagen Tiguan, and Nissan Pathfinder in June.

Yet none came close to adding 1651 sales via one model as Ford did with the Escape. (Jeep did sell 2286 Cherokees, up from zero a year ago, before the Cherokee arrived.) While Canada’s second-ranked Honda CR-V outsells all utility vehicles in the United States, the Escape sells 50% more often than the CR-V in Canada.