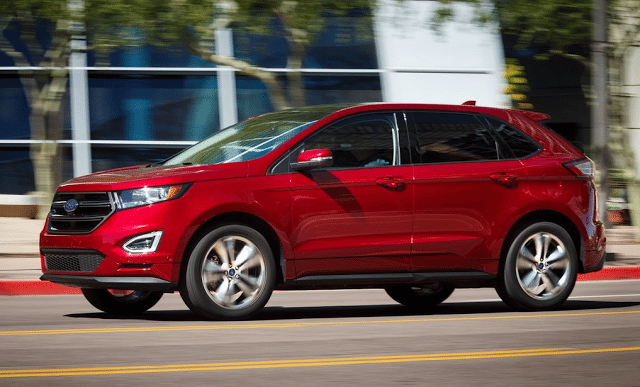 For a second month running, the Toyota RAV4 was Canada’s best-selling SUV in February 2016.

RAV4 volume jumped 37% to a sector-leading 3136 units in February, an 847-unit year-over-year improvement. The Ford Escape, 2015’s top-selling SUV/crossover, fell to third spot thanks to a modest five-unit Escape decline and surges from the RAV4 and Honda CR-V.

The greatest year-over-year increase among the 20 most popular SUVs and crossovers in Canada in February did, however, belong to a Ford. The Edge, which we reviewed earlier this week,  jumped 133% to 1200 units, good enough to crack the top ten.

Canada’s top-selling three-row utility vehicle in February was the Toyota Highlander, sales of which shot up by 346 units. The Nissan Pathfinder and Ford Explorer were two and four spots back of the Highlander, respectively.

Historical monthly and yearly sales figures for any of these best-selling SUVs and crossovers can always be accessed through the dropdown menu at GCBC’s Sales Stats page, and for those not viewing the mobile version of this site, near the top right of this page, as well. GoodCarBadCar has already published the list of Canada’s best-selling trucks in February and will shortly publish a list of Canada’s most popular cars.