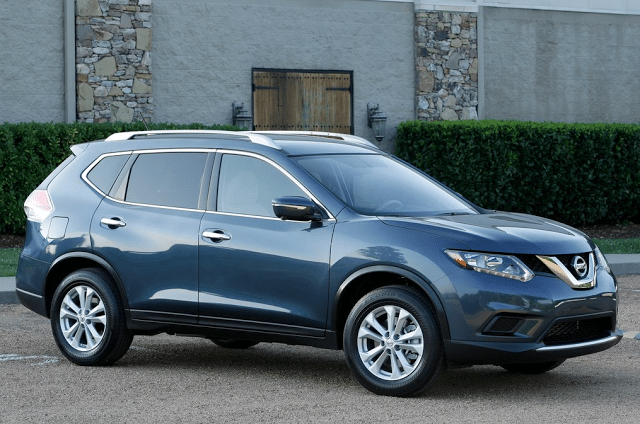 Instead, even with a 31% year-over-year increase to a best-ever July performance of 3662 units and the Escape’s own 28% decline, the Rogue ranked second.

But the Rogue wasn’t the only crossover to break the traditional triumvirate’s mould in July. The Toyota RAV4 was pushed into fourth place and the Honda CR-V into fifth place by the Jeep Cherokee, sales of which jumped 78% to 3426 units.

What does the Rogue have going for it? Well, besides aggressive Nissan pricing, it is available with a third row of seating. The Cherokee, meanwhile, is a Jeep. Admittedly, it’s a Jeep based on an Italian sedan, but it’s still a Jeep, one of only two auto brands competing in North America which only build SUVs and crossovers. You can also get a Cherokee Trailhawk, which will actually go off road.

Newly added as contenders for best seller status are the Honda HR-V and Mazda CX-3, both of which appeared on this list of Canada’s 20 best-selling utility vehicles for the first time this month.

Historical monthly and yearly sales figures for any of these best-selling SUVs and crossovers can always be accessed through the dropdown menu at GCBC’s Sales Stats page, and for those not viewing the mobile version of this site, near the top right of this page, as well. GoodCarBadCar has already published the list of Canada’s best-selling trucks in July and will shortly publish a list of Canada’s most popular cars.