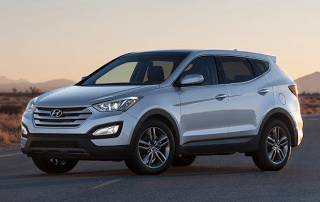 The Ford Escape ended 2011 as Canada’s most popular SUV, began 2012 that way, but then lost its best-selling SUV crown in February and March. On those last two occasions, the new Honda CR-V took over. Year-over-year, CR-V sales increased 6% in April, but the Escape’s fall from 3376 sales in April 2011 wasn’t severe enough to deliver top spot to the Honda. Ford’s 2013 Escape will be a common sight on Canadian roads soon.

Sales of the Dodge Journey, Toyota RAV4, Hyundai Santa Fe, and Hyundai Tucson all took a tumble in April. The Santa Fe will be replaced soon. The RAV4 is beginning to show its age. This is the third consecutive month in which Journey sales have slid. The Tucson undoubtedly has competition from its Kia Sportage sibling, sales of which rose 4% to 785 in April.

The new 2013 Mazda CX-5 made its second appearance on Canada’s top 10 best-selling SUVs list, holding on to ninth spot. Mazda sold 134 fewer CX-5s in April than they did in March. Canada’s new vehicle market was nearly identical in overall volume, but CX-5 inventory hasn’t been Escape-like.

The Escape and CR-V would have slotted in as Canada’s fifth and sixth best-selling cars in April if we didn’t consider them to be SUVs or crossovers. The Jeep Wrangler is undoubtedly an iconic sport-utility vehicle. Its fifth-place finish on this list in April was its best result since last July when it ranked fourth.

Monthly and yearly sales figures for these models and every other vehicle on sale in North America can be accessed through the dropdown menu at the top right of this page. Segment breakdowns covering April 2012’s Canada auto sales situation begin in the coming days. These were the 10 best-selling SUVs and crossovers in Canada in April 2012.