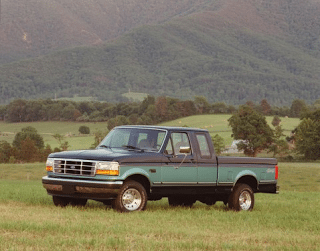 With its seventh consecutive month above 10,000 units, Ford Canada’s F-Series pickup truck blew its rivals out of the water in September 2013.

For every Ram P/U sold in Canada last month, Ford sold 1.9 F-Series pickups. Indeed, the F-Series outsold the GM twins by 5735 units, and actually outsold the second and third-ranked trucks by 2323 units.

Last year, Ford topped 100,000 F-Series sales – climbing all the way to 106,358 – for the first time; the first time any nameplate has accomplished that feat in Canada. Ford Canada is currently on pace to sell more than 120,000 F-Series trucks by year’s end.

Overall, Canada’s truck category grew 11.5% in September and is up 8.4% through the first three quarters of 2013, a near 20,000-unit improvement. Only 8.7% of the pickups sold in Canada in September were branded by Japanese automakers. Only 5% were small or midsize trucks.

September’s best seller lists for cars and SUVs are coming up soon on GCBC. You can always find historical monthly and yearly sales figures for any vehicle by selecting a make and model at the Sales Stats page.