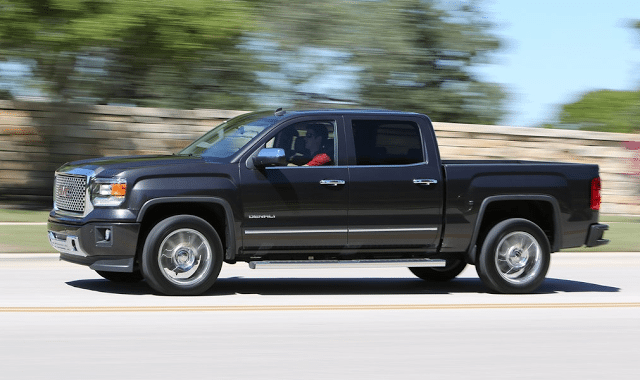 Canadian pickup truck sales grew by more than 4% in August 2015, a gain of 1252 units, despite sharp declines from the two best-selling pickup truck lines.

The Ford F-Series and Ram P/U, which happen to be Canada’s two best-selling vehicle lines overall, combined for a 10% decline in August, a major 2017-unit loss for a pickup truck category for which they generated two-thirds of the volume one year ago.

But accompanying their losses were big improvements from both full-size GM pickups, the Sierra and Silverado, which combined to outsell the Ram by 2910 units. (They now lead the Ram by 2917 units heading into September, having led by only seven units at the end of July.)

General Motors also sold 899 copies of their midsize twins – Colorado and Canyon – which didn’t exist in North America at this time last year. Add to these additions big leaps forward from Toyota’s two trucks and a doubling of Nissan Titan volume and a Nissan Frontier which more than doubled and you have a healthy truck market. Even if the biggest sellers stumbled.