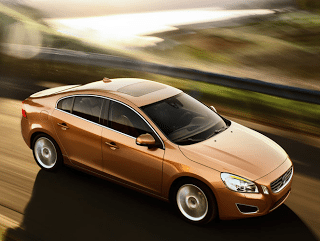 Here’s the Hyundai’s problem, a problem we, as sales stats addicts, would rather Hyundai Canada didn’t fix: we know that only 816 of those Genesis sales were Genesis sedans. Hyundai says so. There’s no convincing GoodCarBadCar that the Genesis Coupe is a “premium vehicle”, so the Genesis goes into the Canadian fight with just 816 sedan sales, whereas Hyundai USA doesn’t split the two cars and entered the U.S. fight with 32,998 sales. What about the Equus? Only 116 were sold, not a bad achievement, but not nearly good enough to enter this hallowed ground.

As for the cars you do see here, BMW’s 3-Series came out on top despite its 20% year-over-year decline. Just as the Mercedes-Benz C-Class is getting close, there’s a very good all-new Good 12-winning 3-Series. The 3-Series and C-Class have other rivals in fourth, 13th, 17th, 21st, and 27th, even 14th, 23rd, and 25th if you want to be loose about things. The Lexus RX was third on this list, but among premium utilities, the RX’s victory was 1426 units strong in an off year. America’s best-selling premium vehicle was the Lincoln MKX. Sales of the Ford Edge-based crossover increased 3% in a market which grew 1.9%. Keep in mind, Detroit’s second-best-selling premium vehicle in Canada wasn’t a car, either. The Cadillac SRX beat the CTS by 149 sales.

For those who struggle to consider the Mercedes-Benz B-Class and Honda Civic-based Acura CSX to be premium contenders, a continuation of the top 30 would reveal the Volvo S60, Lincoln MKZ, Range Rover Sport, Lexus CT200h, Audi A3, and BMW X6 to be the next-best-selling vehicles. You can find monthly and yearly sales figures for those models and every other nameplate on sale by accessing the dropdown menu at the top right of this page.