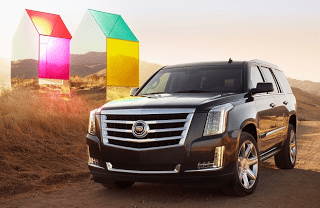 The BMW 3-Series expanded its Canadian sales lead over the Mercedes-Benz C-Class to 2850 units with September 2013’s 636-unit victory.

The Lexus RX squeezed in between the 3-Series and C-Class for the first time since April. RX350 sales were up 8% to 700 units in September. RX hybrid sales are down 18% to 461 through the first nine months of 2013.

10 of Canada’s 15 best-selling premium brand vehicles in September were utility vehicles of one kind or another. The RX’s lead over the Audi Q5 is a slim 338 units with three months remaining on the calendar.

Among vehicles with base prices above $50,000, eleven of the 15 top sellers in September were SUVs or crossovers. Three of those SUVs were full-size mainstream brand sport-utilities. Sales of the GMC Yukon XL, Chevrolet Suburban, and Toyota Sequoia were all at least twice as high as they were at this time last year.

Historical monthly and yearly sales figures for any of these models can always be accessed through the dropdown menu at GCBC’s Sales Stats page, and for those not viewing the mobile version of this site, near the top right of this page, as well. Canada’s favourite luxury vehicles in September 2013 are listed below.