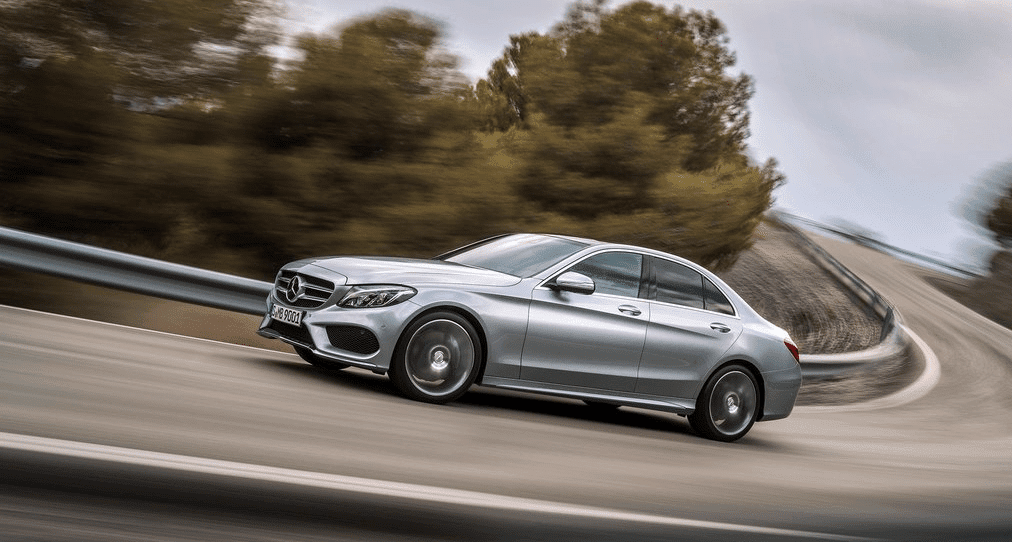 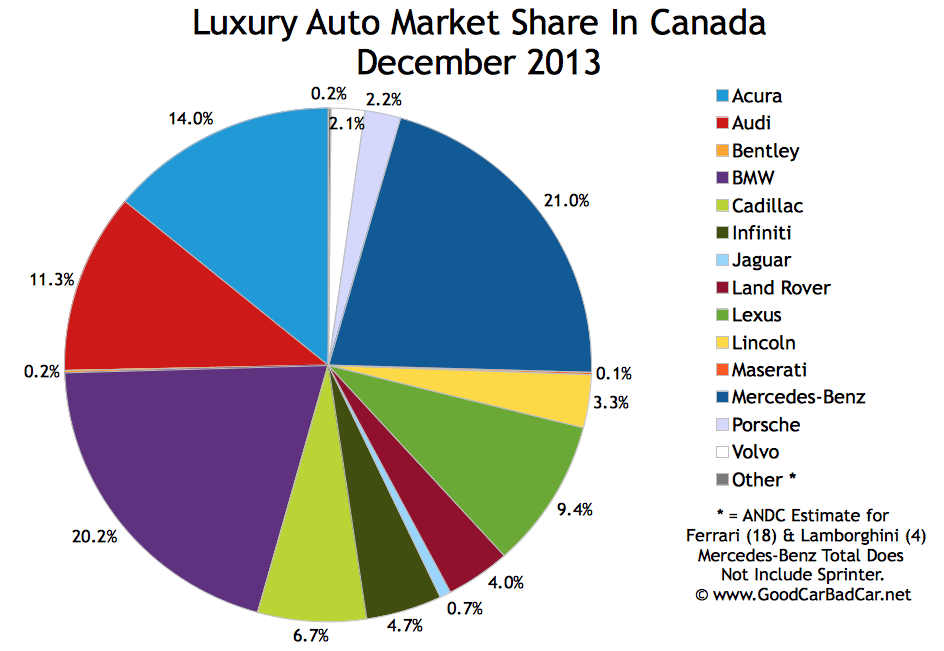 So were the twelfth and 14th. And, though you won’t see them ranked here, the 16th, 20th, 21st, 22nd, and 26th-best-selling luxury vehicles in December 2013 in Canada – SRX, Range Rover Sport, Infiniti QX60, Lincoln MKX, Mercedes-Benz GL-Class – were SUVs or crossovers of some kind, too.

The Mercedes-Benz C-Class (sedan and coupe) outsold the BMW 3-Series (sedan and wagon) for just the first time this year. There’ll be a new C-Class next year, and based solely on its exterior style, it’s a winner, though being a winner in the sales standing is a whole ‘nuther subject.

Among vehicles with base prices above $50,000, eleven of Canada’s top 15 best sellers in December were SUVs. The passenger car exceptions included the Mercedes-Benz E-Class (and its CLS-Class sibling which has its figures included in the E-Class’s total in Canada), the BMW 5-Series, the Mercedes-Benz S-Class (and its CL-Class coupe offshoot), and the 15th-ranked Porsche 911.

Historical monthly and yearly sales figures for any of these models can always be accessed through the dropdown menu at GCBC’s Sales Stats page, and for those not viewing the mobile version of this site, near the top right of this page, as well. Canada’s favourite luxury vehicles in December 2013 are listed below.

Source: Automakers & ANDC
Red font indicates year-over-year declining sales
* A4 sales include sales of the unreported Allroad
$50,000 CDN (before delivery) is an arbitrary borderline, but if GCBC was to follow this new system of designating only expensive vehicles as luxury vehicles, $50K seemed like a safe place to begin – it equals the average U.S. new car transaction price plus $15,000, plus another $5000 to account for Canadian increases. Plenty of less expensive vehicles with specific models feature prices above $50,000 – M, RS, and AMG models come to mind, specifically – but in the case of this list, we know that none of the registrations were of cars priced at $35,900, as would be the case with the BMW 320i, which costs less than a Hyundai Santa Fe 2.0T Limited. The biggest problem with a $50,000 minimum price of entry? Cars like the Cadillac XTS, which starts at $48,940, sporty cars like the $49,500 Audi TT, and SUVs like the $49,990 Acura MDX. Volkswagen recently increased the base Touareg’s price to $50,975; GM jacked up the base Tahoe/Yukon price up to $51,580.
Total Infiniti G/Q50/Q60 volume: up 63% to 187 in December; up 1.5% to 3048 in 2013.