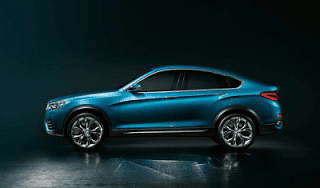 One could argue that the Buick Verano is no luxury car. I’ve made arguments for and against its premium (or mainstream) status. We can’t exactly deny, however, that a Verano is certainly priced a good ways beyond the Chevrolet Cruze, with which it shares a fair bit of architecture. It can also be equipped like a luxury car.

Nevertheless, after GM fans campaigned for months for Buick to be included as a premium brand in this post, GoodCarBadCar has relented.

Why? Because we can do while also showing premium status another way. The cars that ride above the $50,000 barrier are ranked in the second table. Besides, subtract the Verano from ninth spot and the Mercedes-Benz E-Class (and its CLS-Class sibling) slot into the top 15 with 323 March sales.

Regardless, GoodCarBadCar ranks all vehicles every month in one exhaustive list. You should see March’s Canadian version in the next couple days. The U.S. edition was posted last week.

Buick certainly wasn’t the marketer of cars that led the way in Canada last month. BMW sold 1244 3-Series’ in March; Mercedes-Benz more than 1000 C-Class sedans and coupes. Five crossovers – X3, MDX, GLK, Q5, RX – combined for 3681 March sales. Huge year-over-year gains were generated by all five of those nameplates. Together they sold 2092 copies in March 2012.

Historical monthly and yearly sales figures for every vehicle can be accessed through GCBC’s Sales Stats page – simply select a make and/or model. That way, you could compile your own best-selling luxury list with the vehicles you deem applicable. Whether the three-pointed star on a $29,900 B-Class’s grille makes it a luxury car or the potential for a $74,000 sticker makes the Chevrolet Suburban a luxury SUV, you decide.

Source: Manufacturers & ANDC
Red font indicates year-over-year declining sales
$50,000 CDN (before delivery) is an arbitrary borderline, but if GCBC was to follow this new system of designating only expensive vehicles as luxury vehicles, $50K seemed like a safe place to begin – it equals the average U.S. new car transaction price plus $15,000, plus another $5000 to account for Canadian increases. Plenty of less expensive vehicles with specific models feature prices above $50,000 – M, RS, and AMG models come to mind, specifically – but in the case of this list, we know that none of the registrations were of cars priced at $35,900, as would be the case with the BMW 320i, which costs less than a Hyundai Santa Fe 2.0T Limited. The biggest problem with a $50,000 minimum price of entry? Cars like the Cadillac XTS, which starts at $48,995, sporty cars like the $48,600 Audi TT, and SUVs like the $49,930 Chevrolet Tahoe and $49,675 Volkswagen Touareg.