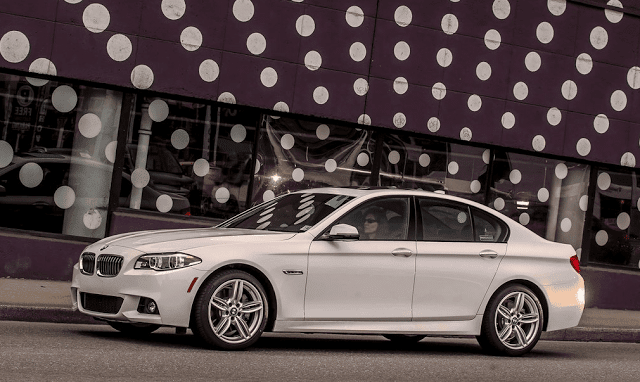 Among vehicles with base prices of at least $50,000, the list of Canada’s 15 best sellers in February 2016 included just two cars
The BMW 5-Series and the Mercedes-Benz E-Class, CLS inclusive.
The four top $50K+ vehicles in Canada in February 2016 were utility vehicles, as were seven of the top eight. 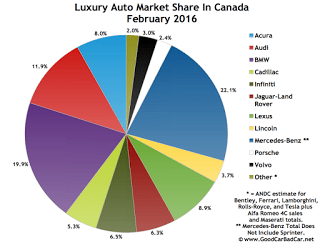 Meanwhile, Canada’s top-selling premium brand cars are tumbling.
Canadian sales of the Mercedes-Benz C-Class and BMW 3-Series are down 25% through the first two months of 2016, equal to 658 lost sales for Mercedes-Benz and BMW dealers compared with the same period one year ago.
On the flip side, Canada’s top-selling premium brand utility vehicles are surging. In February, the Mercedes-Benz GLE-Class and BMW X5 jumped 53%, and they’ve added 661 sales to Mercedes-Benz and BMW dealers’ ledgers already this year.
Historical monthly and yearly sales figures for any of these top-selling luxury vehicles can always be accessed through the dropdown menu at GCBC’s Sales Stats page, and for those not viewing the mobile version of this site, near the top right of this page, as well.

Source: Automakers & Global Automakers Of Canada
* A4 sales include sales of the unreported Allroad.
° Mercedes-Benz Canada’s figures combine the E-Class with the CLS, the GLE with the M-Class, and the GLK with the GLC.
$50,000 CDN (before delivery) is an arbitrary borderline, but if GCBC was to follow this new system of designating only expensive vehicles as luxury vehicles, $50K seemed like a safe place to begin – it equals the approximate average U.S. new car transaction price plus $15,000, plus another $5000 to account for Canadian increases. Plenty of less expensive vehicles with specific models feature prices above $50,000 – M, RS, and AMG models come to mind, specifically – but in the case of this list, we know that none of the registrations were of cars priced below $50,000.