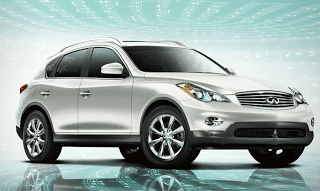 November 2010 was so good for the BMW 3-Series that, one year later, the 3-Series’ 27% decline in Canadian sales volume wasn’t significant enough for the 3-Series to fall from its top spot among premium vehicles.

Sales of the BMW’s closest rival, the Mercedes-Benz C-Class, jumped 58% in November 2011. The C-Class finished last month 35 sales behind the 3-Series after beating the small BMW by 176 units in October. C-Class Benz sales are up 17% this year.

Because of a tie between the Infiniti EX and Audi Q7, there are actually 31 luxury vehicles listed in the Top 30 table below. 15 of the vehicles listed wear German badges, including the $48,875-$63,685 Volkswagen Touareg. There’s also one Swede, two British SUVs – among them the Range Rover Evoque – and ten Japanese vehicles. This leaves the Lincoln MKX, Cadillac SRX, and Cadillac CTS to represent Detroit.

The U.S. version of this post can be viewed here. It’s also worth checking out October’s Canadian edition and the 30 best-selling vehicles overall, only one of which can be found in the table below.