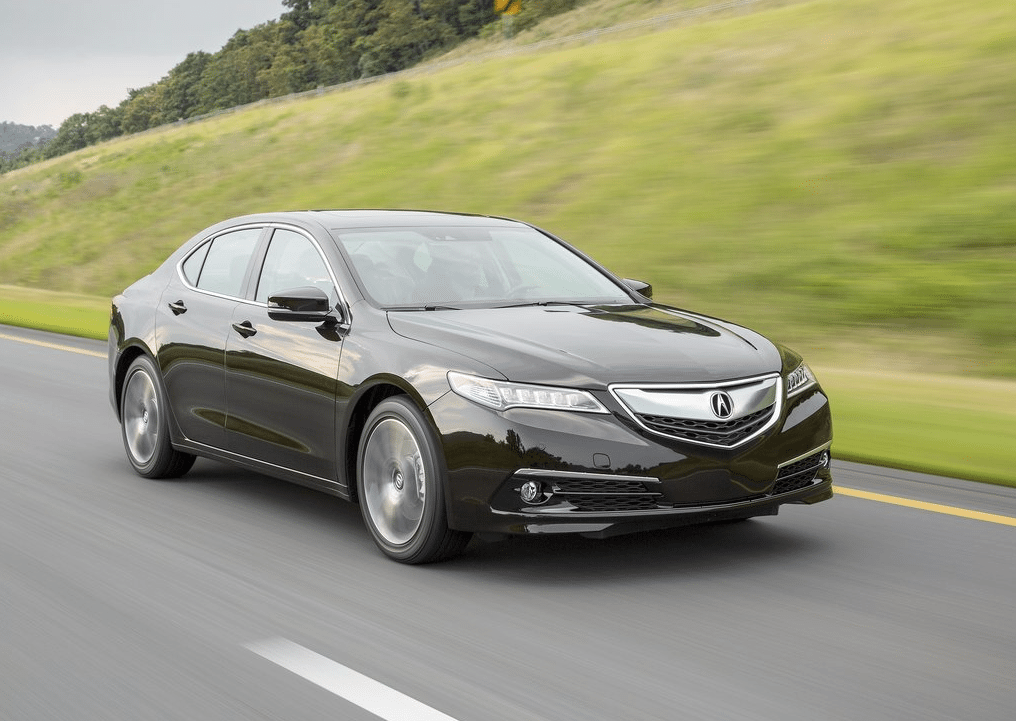 As is almost always the case, Canada’s best-selling premium brand vehicle in October 2014 was the BMW 3-Series. Combined sales of the 3-Series and its 4-Series offshoot were up 0.3%, or four units, to 1274 units in October.

But the bigger story from last month’s results related to Acura, Honda Canada’s upmarket division. The TLX sedan, a replacement for the TL and TSX, outsold all premium brand cars aside from the 3-Series and all premium brand utility vehicles but one, as well.

As a result, Acura brand sales were up 42% in October, a gain of 647 units. The TLX was also Acura Canada’s best-selling model.
Longstanding European luxury automakers filled most of the spots on this list of Canada’s 15 best-selling premium brand vehicles, however. Ten of the top 15 were BMWs, Mercedes-Benzes, or Audis. All but one member of the top 15, the Mercedes-Benz M-Class, featured base prices below $50,000. Vehicles with base prices above $50,000, regardless of brand status, are profiled farther down the page.

For the purposes of the above list, premium brands include Acura, Audi, BMW, Cadillac, Infiniti, Jaguar, Land Rover, Lexus, Lincoln, Mercedes-Benz, Porsche, and Volvo. Brands like Aston Martin, Ferrari, Lamborghini, and Lotus don’t report specific monthly sales data. Maserati only reports brand totals. Buick has been excluded with a bunch of other automakers that don’t sell vehicles with base prices higher than $50K.

Source: Automakers & ANDC
* A4 sales include sales of the unreported Allroad.
^ Mercedes-Benz Canada’s figures combine the E-Class with the CLS and the S-Class with the CL.
° Escalade breakdown by variant
$50,000 CDN (before delivery) is an arbitrary borderline, but if GCBC was to follow this new system of designating only expensive vehicles as luxury vehicles, $50K seemed like a safe place to begin – it equals the average U.S. new car transaction price plus $15,000, plus another $5000 to account for Canadian increases. Plenty of less expensive vehicles with specific models feature prices above $50,000 – M, RS, and AMG models come to mind, specifically – but in the case of this list, we know that none of the registrations were of cars priced at $35,900, as would be the case with the BMW 320i, which costs less than a Hyundai Santa Fe 2.0T Limited. The biggest problem with a $50,000 minimum price of entry? Vehicles like the $49,990 Acura MDX and $49,299 Ford Expedition.
The new Cadillac CTS sedan’s base price is above $50,000, but not the base price for other cars in the CTS lineup. Yet. Total CTS sales in October: 71.