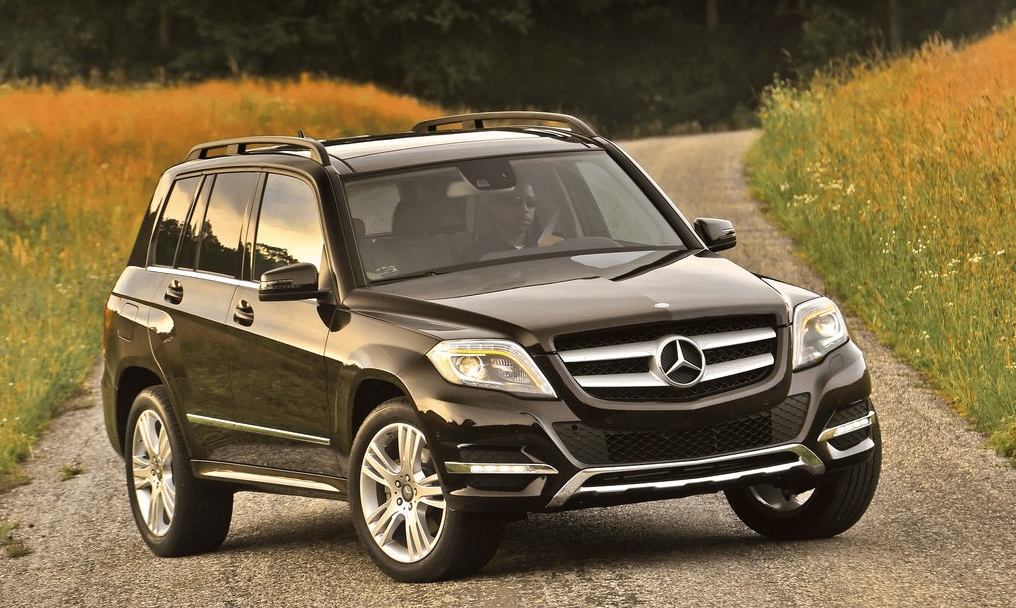 Before you too harshly judge the BMW 3-Series for failing to sell at the same level it did one year ago in Canada, keep a few things in mind. 3-Series sales in the U.S., where BMW USA combines its figures with those of the 4-Series, are way up in 2014. Second, the market, especially the market for premium brand automobiles, is moving away from cars toward SUVs and crossovers. Finally, in May, sales of the 3-Series were actually up. 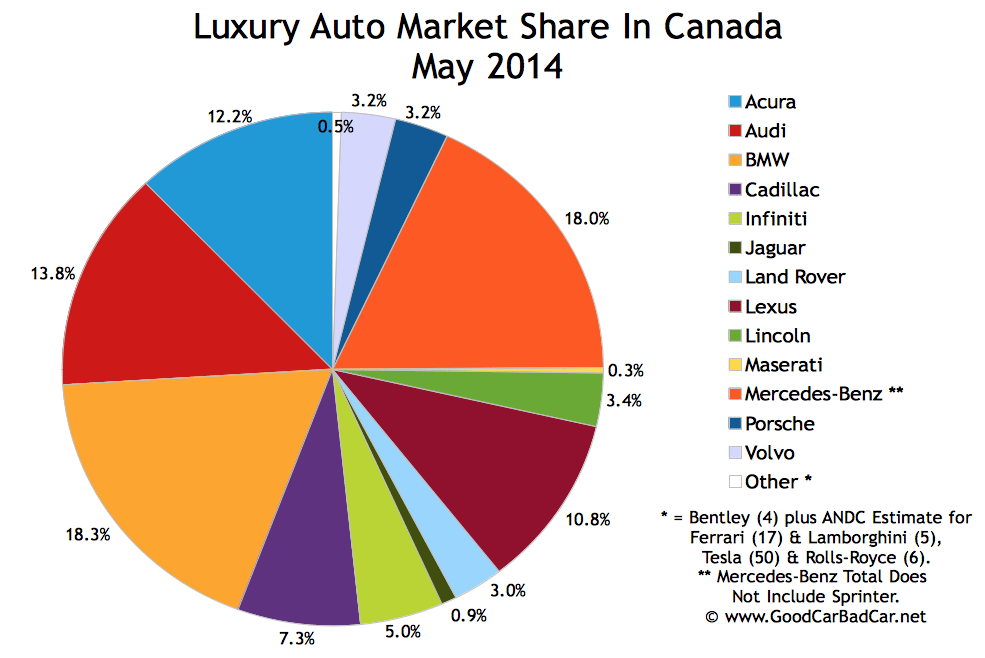 If we were to do the same with this year’s figures, BMW sold 1260 copies of the 3-Series (and 4-Series) in May 2014, a 9% year-over-year improvement. That same equation would still reveal a 10.2% year-over-year decline through the first five months of 2014, however.

One way or another, no premium brand vehicle sells quite as often as the 3-Series. At the end of the first quarter, Audi’s Q5 was tied with the 3-Series, but the gap is spreading, and Lexus’s RX is now the closest contender. Meanwhile, sales of the Mercedes-Benz C-Class are plunging in advance of the new C’s arrival, and as they do, the two most popular Benzes in Canada in May 2014 were utility vehicles, the GLK and ML.

GCBC also compiles a list of the best-selling vehicles priced above $50,000 (base MSRP). For those who see no value in the merits of a so-called “premium” badge, particularly when it comes to May’s 15th-ranked $34,300 Mercedes-Benz CLA or even the $35,990 320i, for that matter, this list shows the most popular vehicles regardless of perceived brand status.

On that list, ten of May’s 15 top sellers were SUVs or crossovers, including the top three. Full-size GM SUVs ranked first, sixth, and 12th, while the Chevrolet Tahoe would’ve ranked 11th if not for its sub-$50K base price. My local GM dealer doesn’t have a single Tahoe available for less than $66,000, and the bulk of locally available Suburbans, Yukon XLs, Yukons, and Tahoes, are priced above $75,000. They may not be “luxury” in the Cadillac sense of the word, but they certainly demand an upmarket price.

Source: Automakers & ANDC
Red font indicates year-over-year declining sales
* A4 sales include sales of the unreported Allroad. BMW also sold 306 copies of the 3-Series two-door, now called the 4-Series.
^ Mercedes-Benz Canada’s figures combine the E-Class with the CLS and the S-Class with the CL.
$50,000 CDN (before delivery) is an arbitrary borderline, but if GCBC was to follow this new system of designating only expensive vehicles as luxury vehicles, $50K seemed like a safe place to begin – it equals the average U.S. new car transaction price plus $15,000, plus another $5000 to account for Canadian increases. Plenty of less expensive vehicles with specific models feature prices above $50,000 – M, RS, and AMG models come to mind, specifically – but in the case of this list, we know that none of the registrations were of cars priced at $35,900, as would be the case with the BMW 320i, which costs less than a Hyundai Santa Fe 2.0T Limited. The biggest problem with a $50,000 minimum price of entry? Cars like the Cadillac XTS, which starts at $49,440, sporty cars like the $49,500 Audi TT, and SUVs like the $49,990 Acura MDX and $49,565 Chevrolet Tahoe. Volkswagen recently increased the base Touareg’s price to $50,975; GM jacked up the base Yukon price up to $51,090. The new Cadillac CTS sedan’s base price is above $50,000, but not the base price for other cars in the CTS lineup. Yet. Total CTS sales in May: 171, up 119%.
Total Infiniti G/Q50/Q60 volume: up 59.2% to 347 in May; up 55.1% to 1622 YTD.