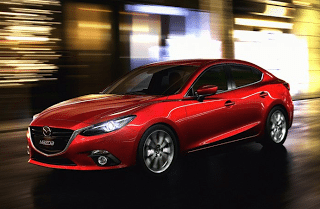 Expanding its year-to-date lead over the Hyundai Elantra to 3753 units, the Honda Civic, Canada’s best-selling car, sold 1207 more copies in September than the Elantra, its nearest rival.

The Civic has been atop the leaderboard in each of the last four months and took over the YTD lead at the end of July.

One other Honda cracked this edition of the 20 best-selling cars in Canada. (The Fit ranked 23rd, behind the Impreza and Sonic.) Accord sales doubled to 1333 units, good enough for third in its segment.

The Toyota Camry, not the Ford Fusion, was the best-selling midsize car in Canada in September. In all, six midsize cars were present in the top 20, up from four in August and five a year ago.

The sharpest decline among these popular cars was posted by the Mazda 3, which is being replaced as we speak. Mazda averaged approximately 48,000 3 sales per year in the six years through 2010 but that average dropped to approximately 38,000 units in 2011 and 2012. Mazda is on pace to sell fewer than 37,000 3s this year. A big increase is expected in 2014, but it won’t be easy.

The Honda Civic is surging in recent months, Hyundai Elantra sales grow almost every month, and the Toyota Corolla’s 36% year-over-year increase in September was bested, among the 20 top sellers, only by the Accord and Ford Fiesta. The Fiesta was one of four subcompacts to rank in the top 16.

Historical monthly and yearly sales figures for any of these models can always be accessed through the dropdown menu at GCBC’s Sales Stats page, and for those not viewing the mobile version of this site, near the top right of this page, as well. GCBC has already published rankings for dozens of different brands, 13 different trucks, and 20 top SUVs and crossovers. This list showcases the 20 best-selling cars in Canada from September 2013.