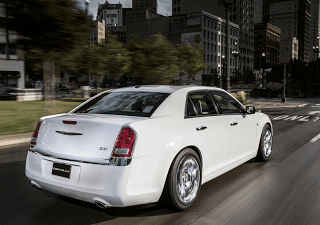 Is there any car more American than the Chrysler 300? Sure there is. (The 300 and its siblings from Dodge are actually built in Brampton, Ontario.) Ford Mustang sales jumped 45% in May 2012. But that wasn’t enough for the Mustang to generate quite enough volume to crack the top 20. Mustang sales then rose 9% last month, and the 1246-unit result was enough for the Mustang to pip the 20th-ranked Dodge Avenger by two sales and the Volkswagen Golf by 13.

The Ford Mustang was Canada’s 19th-best-selling car in May 2013.

Large sedans and muscle cars aside, far more popular in May 2013 were Canada’s leading compact cars. The Hyundai Elantra maintained its year-to-date lead over the Honda Civic for best-selling-car-in-Canada status with a 171-unit victory in a record Elantra sales month. (Americans, in a market which was eight times the size of the Canadian market in May, only registered four times as many Elantras. Put together as they are in the United States, the Toyota Corolla and Toyota Matrix have actually outsold the Elantra and all others so far this year.)

In all, seven Detroit brand cars found themselves on the list of Canada’s 20 most popular cars. That’s up from four in April and six a year ago, when the Ford Taurus and Ford Fiesta had joined the group.

Historical monthly and yearly sales figures for any of these models can always be accessed through the dropdown menu at GCBC’s Sales Stats page, and for those not viewing the mobile version of this site, near the top right of this page, as well. GCBC has already published rankings for dozens of different brands and 13 different trucks and 20 SUVs and crossovers. This list is responsible for displaying the 20 best-selling cars in Canada from May 2013.