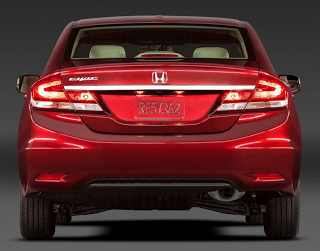 Only barely pipped by the Kia Optima for 20th spot, the Dodge Dart’s best Canadian sales month so far made it Canada’s 21st-best-selling car in March 2013. The Optima, down 15% last month, finished five sales ahead of the Alfa-based Dodge compact.

The Dart’s prime rival, Canada’s best-selling car in March, sold six times more often, however. Honda Civic sales dipped slightly, and were down 21% in the first quarter of 2013, but the Civic nearly made up the difference Hyundai’s Elantra held through the end of February. The Elantra is now just 50 units out in front of the Civic for year-to-date leadership.

There were six midsize sedans in the top 20 at this time last year. In March 2013, there were seven, including Honda’s Accord, which sold only 713 copies a year ago. Last March’s top-selling midsizer, the Toyota Camry, fell from 7th to 15th a year later. Meanwhile, the Ford Fusion moved up from 11th to seventh. In between the Fusion and seventh-best-selling Kia Optima (which fell from 17th to 20th), the Hyundai Sonata fell from 10th to 13th, the Chrysler 200 slipped one spot to 14th, and the Nissan Altima fell five positions from 12th.

Three Germans stepped in to fill the void left by the disappearance of a few subcompacts which were present in the top 20 a month ago. The Nissan Versa, Mazda 2, and Chevrolet Sonic weren’t in the top 20 in March; the premium-badged BMW 3-Series and Mercedes-Benz C-Class were. So was the Volkswagen Golf, which missed out in February.

As we never fail to make clear, you can find historical monthly and sales figures for both Canada and the U.S. by selecting a make and model at GCBC’s Sales Stats page. Pertinent links are clickable at the bottom of this post and at GCBC’s Best Sellers page. Below, Canada’s 20 best-selling cars in March 2013 are ranked by total volume.