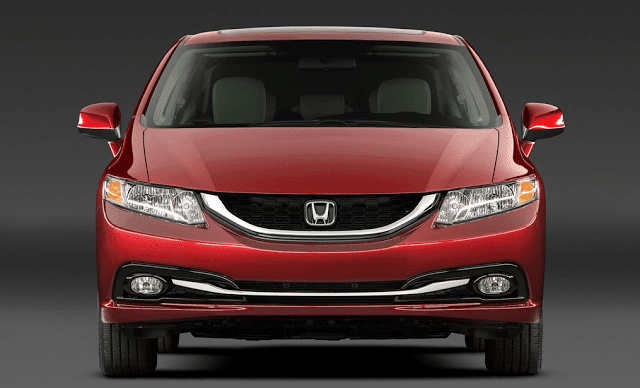 July 2015 was the fifth consecutive month in which the Honda Civic was Canada’s best-selling car. Despite a 10% year-over-year decline and a 2% increase in sales of its next-best-selling rival from Hyundai, the Civic still ended July with 832 more sales than the second-ranked car.

Civic sales are down 5% so far this year after rising to a six-year high in calendar year 2014. It must be noted that most recently, a contributing factor in the Civic’s decline may well be the arrival of the Honda HR-V, a Fit-based crossover with all-wheel-drive availability and Civic-esque pricing. Honda Canada reported 1936 HR-V sales in July.

But many of the top-selling cars in Canada are selling less often this year than they were last year. Through the first seven months of 2015, the Civic, Elantra, Mazda 3, Chevrolet Cruze, Volkswagen Jetta, Hyundai Accent, Ford Fusion, Ford Focus, Honda Accord, and Nissan Versa are all selling less often than they did a year ago.

In July, specifically, 11 of Canada’s 20 most popular cars were in decline. No wonder overall Canadian passenger car volume was down by around 10% last month.

Historical monthly and yearly sales figures for any of these best-selling cars can always be accessed through the dropdown menu at GCBC’s Sales Stats page, and for those not viewing the mobile version of this site, near the top right of this page, as well. GoodCarBadCar has already published the list of Canada’s best-selling trucks in July and will shortly publish a list of Canada’s most popular SUVs and crossovers.