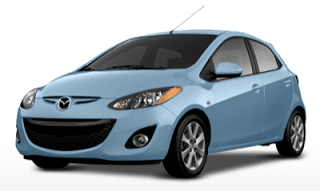 The key difference? This year, the Elantra leads the year-to-date standings as well, having outsold the second-ranked Honda Civic by 1213 units through 59 days. The expansion of the Elantra’s volume lead in February totalled 760 units.

All Vehicles Ranked By February 2013 & YTD Canadian Sales
Sales of the fourth, sixth, and seventh-best-selling midsize cars – Camry, Optima, Altima – fell rather sharply. Canada’s overall market was down 3.3% last month. Automotive News says passenger car sales were down 3.7%, compared with a 3% decline in “light truck” sales, which includes anything that isn’t a traditional passenger car. Canada’s best-selling midsize car this year is the Ford Fusion. The stylish Ford has opened up a 472-unit lead over the Hyundai Sonata, which is itself ten sales in front of the surging Honda Accord.

Historical monthly and yearly sales figures for these cars and any other vehicle can be accessed through the dropdown menu at GCBC’s Sales Stats page: just select a make and model, or just a make, or examine manufacturer or total market volume. Pertinent links are clickable at the bottom of this post. Many more best seller lists are easily found by making a selection at GCBC’s Best Sellers page. Or you can just get to know these twenty, the most popular cars in Canada in February 2013.