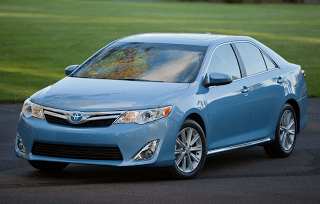 All 250 vehicles are back in the fold after a few hours in which another post had (so very bizarrely) claimed the space. GoodCarBadCar offers up apologies to you and yours if you visited and didn’t see the expected rankings. Hopefully you were satisfied checking out the 255 vehicles ranked on the U.S. version of this post and the 30 best-selling vehicles in Canada from April 2012, the numbers which had taken over here.

We all have our own tendencies for finding humour in rankings like this. Personally, it strikes me as particularly funny that the Audi R8 and Mercedes-Benz SLS AMG sell more frequently in Canada than the special-order Honda Insight. Honda fans will tell you that in Canada, the Insight is a special order car. As if the R8 and SLS aren’t.

Canada’s approach to hybrids has always been cautious. The Chevrolet Volt, Mitsubishi i, and Nissan LEAF combined for 372 sales in the first four months of 2012, which makes the Toyota Prius’s 864 sales look swell. Those Prius figures don’t even include the more popular Prius C or even more popular Prius V. But then you remember that the Prius Family, which is America’s 10th-best-selling vehicle line this year, would slot in at 48th in Canada.

Canada’s best-selling midsize car in the first one-third of 2012 has been the Toyota Camry, a car which ranks 20th overall. 1259 of the Camrys sold have been hybrids. Toyota also sold 316 Highlander Hybrids between January and April. Toyota’s luxury division, Lexus, sold five GS hybrids, two LS hybrids, and 196 RX hybrids during the same time period. No automaker other than Porsche breaks down Canadian sales data in as much detail as Toyota. For example, 753 Yaris sedans have been sold in addition to 2476 Yaris hatchbacks. 134 rear-wheel-drive Toyota Tacomas and 103 rear-wheel-drive Tundras found buyers. Lexus’s IS250 and IS350 sedan sold 510 times, the ISC accounted for another 130, and the ISF sold on 14 occasions.

There are many more numbers which aren’t visible in the exhaustive table below. The Touring accounts for 3162 of the fifth-ranked Hyundai Elantra’s overall 16,236 unit total. The Chevrolet Sonic’s total includes 95 Aveos. Sales of the Chevrolet Silverado and GMC Sierra are, not surprisingly, crew cab heavy: only 2611 of the 24,268 Sierra/Silverado sales were regular cab pickups; only 7492 are extended cabs. Cadillac’s Escalade bodystyle breakdown is accessible through the first dropdown menu at GoodCarBadCar’s Sales Stats home. Fiat has sold 879 convertibles in Canada this year while Chrysler 200 Convertible sales reached 291 by the end of April. 431 of the Volkswagen Golf’s 4023 sales weren’t regular TDIs or 2.5L Golfs, like the one just reviewed on GoodCarBadCar. Unfortunately, Volkswagen Canada doesn’t separate the Passat from the Passat CC. And BMW Canada doesn’t offer the same Mini details that BMW USA does.

And Porsche? They make numbers available for every single model variation. The Panamera has sold in seven different iterations, the Cayenne in five, the 911 in 21, the Cayman in four, and the Boxster in three. Contact us if you’d like specific numbers on Porsche models like the 911 Turbo S 918 Spyder Edition, one of which was sold in April.

More pertinent links are clickable at the bottom of this post. Don’t forget to make use of your Command+F function (Ctrl+F for non-Mac users) to search for vehicles. After the top 30, this list starts to seem like an absolute mountain of information, making it difficult to scan for a specific car with the naked eye. Unfortunately, there are no firm numbers for cars like the Lamborghini Aventador or Aston Martin V8 Vantage on this list – companies of that nature generally don’t make model-specific sales data available, or, in some cases, release any sales data at all. Rankings for 250 vehicles competing for attention in the Canadian automobile market in the first four months of 2012 should at least give you something to glance at periodically over the weekend. Or when you’re back at work on Monday.

Source: Manufacturers & ANDC
Red font indicates year-over-year sales decline
Sales data for brands such as Ferrari and Lamborghini are unfortunately not broken down by model. estimates say sales for those brands through April were 76 and 43, respectively. Total Maserati and Bentley volume is reported, but not by specific models.