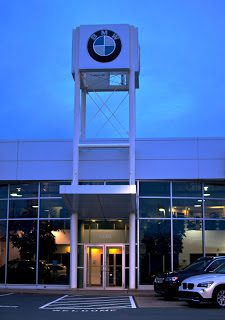 Updates of these Canadian auto brand rankings with each manufacturer’s March 2012 volume took place throughout the day today, April 3, 2012. One year ago we noted that the automobile market in Canada had grown nearly 6% to more than 153,000 new vehicles from March 2010’s total to March 2011. Canada’s new vehicle market grew 11% in February and, pre-March, was up 13% through the first 1/6th of 2012.

With March’s numbers now in we know that the Canadian market grew nearly 3% to nearly 158,000 vehicles. The first quarter of 2011 was 8% better than quarter one of 2011. Strangely, the automaker we can thank most of all for the increase isn’t the number one brand. Ford saw its Canadian sales fall 2% in March despite the fact that the country’s best-selling vehicle, Ford’s own F-Series pickup line, bumped up at a 3% clip.

In fact, Canada’s four top brands all reported losses in March, though sales at Toyota and Honda were up in quarter one, year-over-year. Hyundai and Nissan, Canada’s fifth and sixth-ranked brands in March 2012, accounted for 41% of the market’s volume increase. Over the course of the first three months of this year, Honda, by itself, was responsible for 18% of the sales increases in Canada’s new vehicle market, which is up by approximately 28,000 units in 2012.

In January and February Chrysler Canada’s five brands – Chrysler, Dodge, Jeep, Fiat, and Ram – accounted for 16.2% of the approximately 205,000 new vehicles sold in Canada. Chrysler Canada, the Ford Motor Company, General Motors, Toyota Canada, and Hyundai/Kia combined to own 68% of the Canadian new vehicle market in the first two months of 2012. By the end of March, Chrysler’s year-to-date market share had fallen to just 12% as Dodge sales slipped off a cliff, down 22% in March. Market share attributed to Chrysler, Ford, GM, Toyota, and Hyundai/Kia held steady at 68% through the end of Q1.

You’ll notice that Canada’s favourite luxury brand in March was Mercedes-Benz. Fiat finished ahead of Acura, Infiniti, Cadillac, Volvo, Lincoln, Mini, and Scion, among others. Besides Fiat, which was all-new at this time last year, no automaker reported as great a year-over-year gain as Land Rover, sales of which rose 57%, thanks in no small part to the new Good 12-winning Range Rover Evoque. On the flip side, Acura, Lincoln, Saab (not surprisingly), and smart shared in reporting the most severe declines.

The U.S. Auto Sales By Brand post for March 2012 has also been filled in today, and GoodCarBadCar will also issue U.S. lists of the best-selling cars, best-selling SUVs, and best-selling trucks later this afternoon. Canadian best seller lists and segment breakdowns will be published later on in the month when each auto manufacturer reports sales on a model-by-model basis. Sales figures for most models will actually be reported today and those numbers will be made accessible over the coming hours in the dropdown menu at the top right of this page. Below you’ll find an exhaustive table outlining Canada’s Auto Sales By Brand in March 2012 and year-to-date.