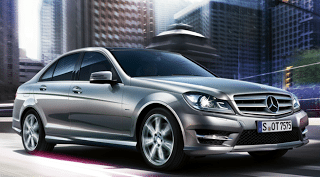 Through the first five months of 2012, Canadians have acquired nearly 700,000 new vehicles, 8% more than at this point last year. 6.1% of those vehicles have been Ford F-Series pickup trucks. Canada’s leading passenger car is the Honda Civic, sales of which have risen 23% to 26,631 between January and May.

As a result of a high-volume May, the Ford Escape has retaken the lead in the race to be Canada’s best-selling SUV or crossover. At the end of April, the Honda CR-V was ahead by 248 sales. The best-selling minivan in Canada is the country’s fourth-best-selling vehicle overall – the Dodge Grand Caravan joins the Escape as the only two vehicles in the top ten to report year-over-year losses.

Aside from much of what is obvious after a quick scan of the top 30, after the jump there are 221 more vehicles ranked by total year-to-date Canadian sales volume.

The Mercedes-Benz C-Class is eight spots ahead of the BMW 3-Series. The Fiat 500 is Canada’s 46th-best-selling vehicle; the non-Countryman Mini Cooper range is back in 93rd.

Only 10% of the GMC Sierras and 11% of the Chevrolet Silverados sold in Canada this year have been in regular cab configuration. Modern truck buyers love doors. 565 of the Chrysler 200s sold in 2012 have been 200 Convertibles. 19% of the time, Canada’s best-selling midsize car, the Toyota Camry, is purchased as a hybrid. Last year at this time the Toyota Venza was 1406 units ahead of the Camry line.

4809 of the 5418 Volkswagen Golfs registered in Canada in 2012 have been regular Golfs, also known as naturally-aspirated gasoline-fired Golfs or turbocharged diesel Golfs. The 63rd-ranked Chevrolet Orlando now leads the Mazda 5 by 233 units. Sales of Hyundai’s Genesis sedan are rising, and the upstart Korean is now 15 sales ahead of the Lincoln MKZ and 45 sales ahead of the Audi A6 but 205 sales shy of the Lexus ES350.

69% of the Porsche 911s sold in Canada in 2012 have been conventional or cabriolet versions of the basic Carrera and Carrera S. Porsche’s Canadian stores have also sold one GT2 RS and two copies of the GT3 RS 4.0.

Historical monthly and yearly sales figures for any vehicle currently on sale in North America can be accessed through the dropdown menu at the top right of this page or at GCBC’s Sales Stats home. Many other best seller lists for the month of May 2012 have already been published. There are links to those at the bottom of this post. There’s one new entry this month, the CSX-replacing Acura ILX. The Scion FR-S and Subaru BRZ will join in June’s year-to-date rankings. Canadian segment-by-segment May 2012 sales breakdowns will begin appearing shortly. Until then, use your Command+F function (or Control+F on PCs) to search for a specific vehicle in this list of all 251 vehicles sold in Canada so far this year.

Source: Manufacturers & ANDC
Sales data for brands such as Ferrari and Lamborghini are unfortunately not broken down by model. estimates say sales for those brands through May were 95 and 54, respectively. Total Maserati and Bentley volume is reported, but not by specific models.