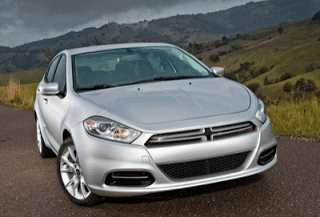 Canadians are buying pickup trucks in record numbers, and the growth in the category is powering the market to greater heights in 2013. Canada’s leading manufacturer slowed in July as the Chrysler Group took over the top spot. Weather likely played a role in slowing the growth of the Canadian market in early July.

Ford Canada car sales rose 3% in July, but the F-Series posted its first year-over-year decline (just 1.3% down) this year. Chrysler Canada’s best-ever July was fuelled by a massive improvement in car sales (up 20%) and the Ram Pickup’s continued ascent.

Porsche sold an identical number of Caymans and Boxsters, which, when combined, outsold the 911 by 35 units. Kia Canada derived 56% of its volume from the Rio, Sorento, and Forte.

Honda sold 6065 Civics, 3269 CR-Vs, and 1646 Accords. Simply put, Nissan’s July should mark the beginning of a recovery after a not-so-brief period in the doldrums of decline.

Including the Sprinter, 311 of which were sold in July, the luxury leader in July was Mercedes-Benz, 364 sales ahead of BMW. No brand posted greater gains, percentage-wise, than Jaguar, although Nissan, Honda, Subaru, and Ram were volume brands with big improvements. Suzuki, a dying brand, slid 33%. Lincoln Volvo, and Scion reported significant losses, and Chrysler sales plunged on falling 300 sales.

Don’t like to see automakers arranged alphabetically? Click column headers to sort automakers by July ranking, July 2013 sales, year-over-year change, or any other order. You can always find historical monthly and yearly sales figures for any brand by clicking the brand name in the table below or by selecting a make (or model) at GCBC’s Sales Stats page.