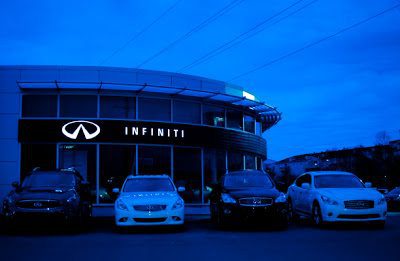 Ford couldn’t match May 2010’s 25,191-unit sales pace but ended up in top spot despite a 2% year-over-year decline. Neither Dodge nor Chevrolet were close behind. Ford and Lincoln sold 25,440 vehicles in May, 2000+ more than General Motors managed. The Chrysler Group was closer, however, with 24,406 sales. Hyundai/Kia found 20,895 buyers.

But it’s too easy to simply pay attention to the big volume automakers. Scanning Canada’s 21st-to-28th-ranked manufacturers is particularly interesting in May 2011’s rundown of Canadian Auto Sales By Brand. Volvo beat Cadillac. Volvo also beat its old Ford PAG partner, Lincoln. Fiat, with the 500 alone, came awfully close to surpassing Lincoln. The Good 12-winning Fiat 500 finished ahead of Scion and its three models while also handing Mini its lunch. Mini sells the Cooper hatchback, a Cooper convertible, Clubman, and four-door Countryman. Scion nipped ahead of Mini, too, but Mini had no trouble ending May with more sales than Infiniti.

Indeed, no automaker posted a sales decline worse than Infiniti’s 39.4% drop. Porsche, on the opposite side of the ledger, was up 60.1%. Volkswagen, a Porsche partner/owner/subsidiary/somethingerother, was next-best with a 25.9% year-over-year improvement.

Back to the major players, Toyota remains ahead of Hyundai through the first five months of 2011. But the Koreans are very careful to point out that no automaker has sold more passenger cars than Hyundai this year. Canada Auto Sales By Brand, the May 2011 edition, is ready for reading in the table below.